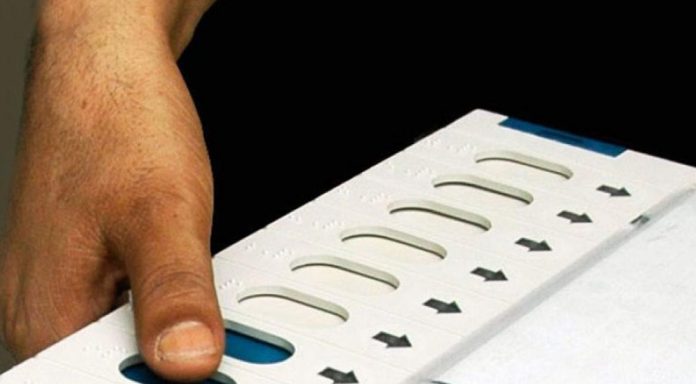 Today the state of Karnataka goes to polls for seats in the Vidhan Saudha, even as the Indian Meteorological Department has predicted light to moderate rainfall in several parts of Karnataka.

The last ten days have seen high pitched campaigns with heavyweight politicians, union ministers and chief ministers making a case for the voters to cast the ballot in favour of their respective parties. Key issues that will swing the vote include farmer plight, civic issues, women’s safety, Job growth and youth empowerment.

Apart from blame games and mud-slinging, the party manifestoes tried their best to woo traditional voter banks. However, Siddaramaiah stole the BJP’s thunder to an extent when he accepted the proposal to give special religious status to Lingayats – a traditional voter base of the BJP.

Here is a synopsis of Battle for Karnataka in numbers:

Total seats: 224, but elections will be held in 223, as election for one constituency has been postponed following the death of B.N. Vijay Kumar, Jayanagar BJP candidate.

First time voters: Over 15 lakh people are first-time voters in the 18-21 age group.

Counting of votes: May 15

Party hoppers: The Bharatiya Janata Party has given tickets to 15 leaders from other parties, Congress, 10 leaders and Janata Dal (S) has provided tickets to five candidates  Some of the have been all three parties at some point or the other including C.P. Yogeshwar, Malikayya Guttedar, Nadahalli, V. Somanna — all are presently in BJP — and A.R. Krishnamurthy with the Congress.

Ironically, Chief Minister and Congress leader Siddaramaiah is from the Janata parivar, like several other legislators in both the Congress and the BJP who began their political careers in the JD(S). BJP State President B. S. Yeddyurappa too has changed parties as he returned to the BJP after a brief stint with Karnataka Janata Party. In fact, veteran Congress leader S. M. Krishna too quit the Congress with which he had a long association and joined the BJP in March 2017, more than a year ahead of the Assembly elections.

Counting will be held on May 15 and results announced on the same day.