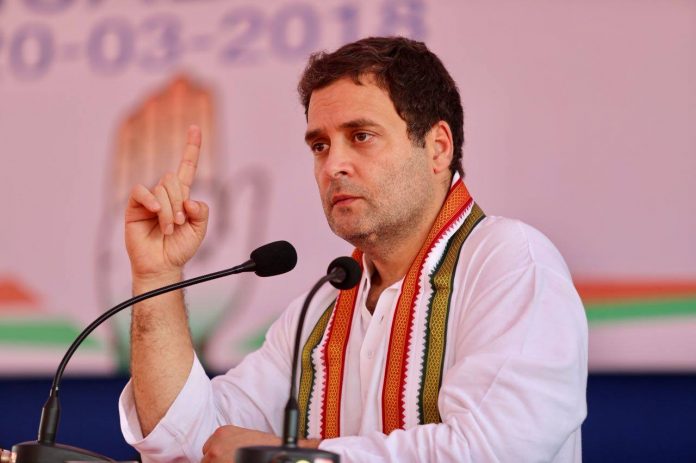 The Congress chief took to his Twitter handle to share a data, highlighting the initiative taken by the ruling National Democratic Alliance (NDA) Government for the farmers and how they flunked to meet the expected outcome.

The data showed that the Centre’s contribution to waive off the loans in the Congress ruling state was none and the Prime Minister’s crop insurance scheme only benefited the private insurance companies, rather than the farmers.

Prime Minister Modi on Wednesday trained guns at the ruling Karnataka Government and accused them of not letting the benefits of ‘Fasal Bima Yojna’ reach the farmers.

While addressing Kisan Morcha Karyakartas of Karnataka through Narendra Modi (NaMo) App, he further said that a change in the government is needed to bring changes in the farmer’s condition.