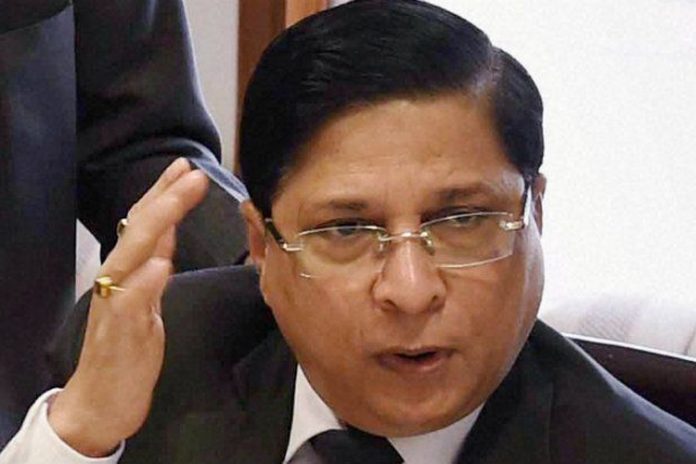 An impeachment motion has been raised by the Chief Justice of the Supreme Court (CJI), Dipak Misra. A total of 67 Members of the upper House of the Indian Parliament, Rajya Sabha (RS), have signed on the notice that has been submitted to the Vice President (VP), M Venkaiah Naidu, who is also the chairman of the RS.

As the VP and a legal team scrutinizes the papers, which may take a couple of weeks to decide whether the motion has any merit, listed below are the five charges against the CJI,

In a letter to the Vice President and Chairman of the Upper House Venkaiah Naidu, the parties mentioned the medical college admission scam against IM Quddusi (retired Orissa High Court judge).

“The first charge relates to the conspiracy to pay illegal gratification by persons in relation to the Prasad Education Trust case and the manner in which the case was dealt with by the Chief Justice. It is on record that the CBI has registered an FIR. There are several recorded conversations between middlemen including a retired judge of the Orissa High Court excerpts of transcripts of which are set out in the articles of charge. References to the Chief Justice by innuendo in these conversations are evident. The denial of permission to the CBI to register an FIR against Justice Narayan Shukla of the Allahabad High Court, when the CBI shared incriminating information with the Chief Justice was itself an act of misbehaviour. All this requires a thorough investigation,” the letter read.

In November last year, the CJI-headed bench also dismissed a plea seeking an SIT probe into the case, overruling another top court bench’s order to conduct a hearing in the case on a later date. The much publicized court proceeding was even termed as a black day in the history of the Supreme Court.

Relating to the same, the letter stated, “The second charge relates to the Chief Justice having dealt on the administrative as well as on the judicial side with a writ petition which sought an investigation into the matter of Prasad Education Trust, in which he too was likely to fall within the scope of investigation. The practice in the Supreme Court is that when the Chief Justice is in a Constitution Bench, and matters are to be listed, requests for listing are made before the first puisne judge. This is an age-old practice. On November 9, 2017, when a writ petition was mentioned before Justice Chelameswar at 10:30 AM since the Chief Justice was sitting in a Constitution Bench, the same was directed to be listed later the same day. When the matter was taken up, a note dated November 6, 2017 was placed before the judges hearing the matter by an official of the Registry.”

“This is the basis of the third charge alleging that the note of 6th November brought to the attention of Justice Chelameswar on 9th November as the matter was taken up was antedated. The charge of antedating is by all accounts a very serious charge,” it further read.

The Opposition also raked up an old allegation against the CJI that he acquired public land through forgery of documents, “The fourth charge relates the Chief Justice having acquired land when he was an Advocate by giving an affidavit which was found to be false. Further, despite the orders of the ADM cancelling the allotment in 1985, the Chief Justice surrendered the land only in 2012 after he was elevated to the Supreme Court.”

Lastly, the fifth charge referred to the allegations levelled by four senior judges of the top court in January, “The fifth charge relates to the abuse of exercise of power by the Chief Justice in choosing to send sensitive matters to particular benches by misusing his authority as Master of the Roster with the likely intent to influence the outcome.”

Leader of opposition in the Rajya Sabha, Ghulam Nabi Azad told media that 64 sitting members of the House signed the motion, against the minimum of 50 required for a motion to be entertained by the chairman.