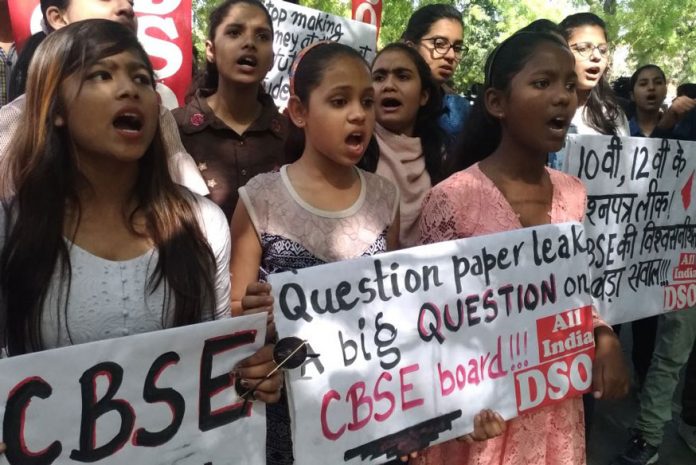 A set of fast-paced developments have taken place on Friday in the investigation and protests surrounding the CBSE paper leak. In relation to the probe, According to the reports, the Crime branch has communicated with Google on the matter.

Google has been written to in order to ascertain information about the email that was sent to the CBSE chairperson tipping-off the board about the paper leak. The email had reportedly been sent from a Gmail account and contained 12 images of handwritten question papers as attachments.

The email was allegedly received the night before the CBSE Class X exam, i.e. late on Tuesday night / early on Wednesday morning. The sender had requested that the exam be cancelled, claiming the paper had been leaked. This information came to light in the second FIR in the case.

However, CBSE officials told Republic that they couldn’t cancel the Mathematics exam as they feared a law and order situation. Meanwhile, Republic TV has also learnt that three senior CBSE officials including the controller of examinations were questioned on Thursday. More officials are likely to be summoned.

ALSO READ: Here’s all you need to know about the CBSE Paper Leak

In relation to the protests, the Congress entered the fray on Friday as the National Students Union of India (NSUI), the student wing of the Congress party, joined the affected students in their protests, thereby giving the protests a political colour. Protests are ongoing at the Udyog Bhawan and the CBSE headquarters in the national capital. The CBSE is to announce the dates of re-examination for the two papers, i.e. Class X Mathematics and Class XII Economics on Friday.