Vijay Mallya to get married for the third time? | Newsmobile
Sunday, June 26, 2022

Home Home Slider Vijay Mallya to get married for the third time? 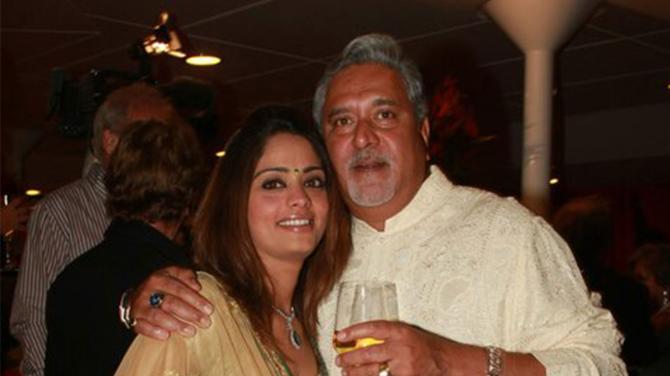 Vijay Mallya, who is currently staying in London is believed to marry off for the third time if reports are to be believed. He is in a deep trouble with unpaid dues and absconding from India for a very long time.

Reports say that he has decided to marry Pinki Lalwani, who is allegedly his live-in partner for over three years now. Pinki Lalwani is a former air hostess of his airlines, the two began dating when he offered her a job in Kingfisher. She’s been living with Mallya in his mansion in Hertfordshire, which is roughly half an hour away from London.

As per reports, the couple celebrated their anniversary of “togetherness” roughly a week back. Pinky Lalwani often accompanies Vijay Mallya on his trips to London for hearings in court where India is fighting for his extradition. The two are often photographed at public events together.

Vijay Mallya was previously married to Sameera Tyabjee, a former Air India air hostess between the years, 1986-87. Following which, he married Rekha Mallya in the year 1993. He has three children from his previous marriages including Siddharth, Leanna and Tanya.

Earlier this month, a Delhi court ordered attachment of properties of businessman Vijay Mallya, who was declared a proclaimed offender for evading summons in a money laundering case related to FERA violation. Chief Metropolitan Magistrate Deepak Sherawat directed the attachment through the Police Commissioner, Bengaluru, and sought a report by May 8 regarding the compliance of the order. The court was hearing an Enforcement Directorate (ED) plea seeking attachment of Mallya’s properties.