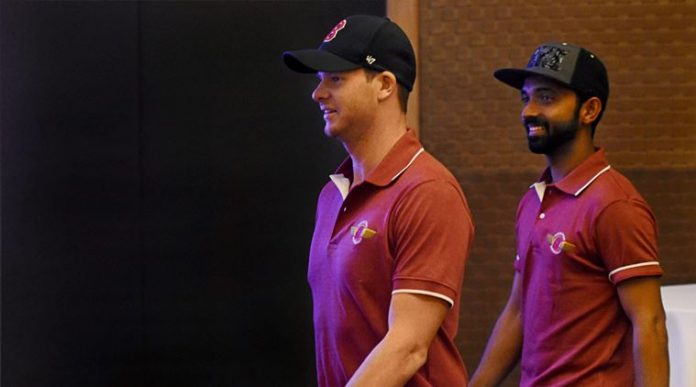 Mumbai: Right-hand Indian batsman Ajinkya Rahane will replace Steve Smith in the upcoming season of the Indian Premier League (IPL) 2018 after the Australian skipper admitted to ball-tampering during the third Test against South Africa in Cape Town.

Following the ball-tampering fiasco, Smith stood down as Australia captain and was banned for one Test by the ICC and fined 100% of his match fee.

“Steve believes given the current circumstances that it’s in the best interest of the Rajasthan Royals that he steps down as captain so the team can get ready for the start of the IPL without the ongoing distractions,” Zubin Bharucha, Rajasthan Royals’ head of cricket, said in an official statement.

Bharucha further said, “Ajinkya Rahane has been an integral part of the Royals family for a long time now and he understands the culture and values of our team. We have absolutely no doubt that he will be a great leader of the Rajasthan Royals.”

Meanwhile, Rajasthan Royals co-owner Manoj Badale assured that they would do everything to protect the values and the integrity of the game.

The 11th edition of the IPL will start from April 7.

Rajasthan Royals will play their opening match against Sunrisers Hyderabad on April 9 followed by their first home game in Jaipur on April 11, where they will host Delhi Daredevils at Sawai Mansingh stadium.