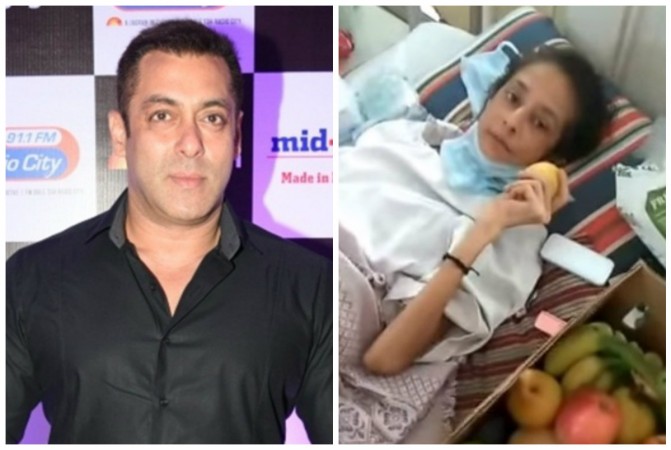 Bollywood superstar Salman Khan come out in help for his Veergati co-star Pooja Dadwal, who is presently battling tuberculosis alone in a Mumbai hospital.

During a press conference of Da-Bangg The Tour in Pune, Salman Khan said, “It’s really sad.” He then also clarified that Pooja was ‘not his co-star’ but was paired opposite Atul Agnihotri, Salman’s brother-in-law.

“I know… It’s really sad. She is not my co-star… But she was Atul’s co-star. I just heard about this and we are trying to help as much as we can. And our team is already into it. I was not knowing about this that she was going through this phase. Yeah, I think she will be okay,” Salman said, reports Indian Express. Veergati released in 1995.

Earlier this week, Pooja said to Navbharat Times that she tried to contact Salman Khan for help but wasn’t able to reach out to the superstar. Pooja also stated that she is ‘penniless’ and was also ‘dependant on others for a cup of tea.’ “I got to know six months ago that I was suffering from tuberculosis. After learning about this I tried to contact Salman Khan but there’s been no response yet. I have been admitted to the hospital for 15 days now. I was the manager at a casino in Goa for several years. I am penniless. I am dependent on others for even a cup of tea,” she told Navbharat Times.

After the news broke, a couple of days later, Pooja’s Tumse Pyar Ho Gaya co-star Ravi Kishan offered help to her. The actor had sent her money and fruits, reports Hindustan Times. A video of his colleague handing over the money and fruits to Pooja was being shared widely on the Internet.