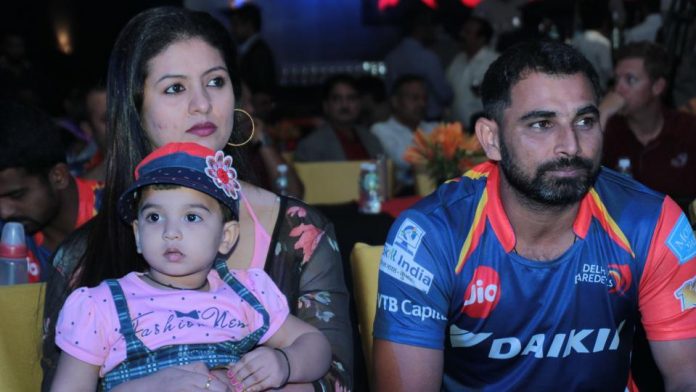 Hours after being given a clean chit by the Board of Control for Cricket in India (BCCI) in the match-fixing allegations levelled against him, reports emerged that Indian cricketer Mohammed Shami allegedly confessed to having an extra-marital affair with Pakistani woman Alishba.

Reports suggest that Mohammed Shami allegedly admitted to having the affair when he was interrogated by Neeraj Kumar, who headed BCCI’s Anti-Corruption Unit’s (ACU) investigation.

It is alleged that Shami’s confession played a significant role in him getting back the BCCI annual contract. BCCI’s ACU on Thursday had cleared Shami and included the fast bowler in Grade B of the board’s annual retainer contracts after they found no evidence of match-fixing against him.

The pacer allegedly confessed in front of the investigators that he did have physical relations with the Pakistani woman Alisba and that he had gone to Dubai after his South Africa tour to spend time with her.

Mohammed Shami reportedly lied about the alleged financial transactions made by London-based businessman Mohammed Bhai through Alisba in Dubai so that he could spend time with his woman friends in Dubai. ACU reportedly checked his bank account details and found nothing suspicious.

Ecstatic after being cleared of match-fixing charges, cricketer said that he was always sure about being proven innocent as he did not do anything wrong. Shami reiterated that the conspiracy has been hatched against him and that someone is trying to tarnish his image and break his family.

Last week, the CoA had written to the BCCI’s ACU head Neeraj Kumar to investigate the charges levelled against Shami by his wife. This direction came after cricketer’s wife levelled various allegations, including of match-fixing, against the fast bowler.

Though Jahan retracted fixing allegation, the CoA had taken note of it and asked the ACU to investigate the matter. Earlier, a case was also registered against Shami after his wife filed a complaint alleging that he was involved in extra-marital affairs and abuses her physically and mentally.