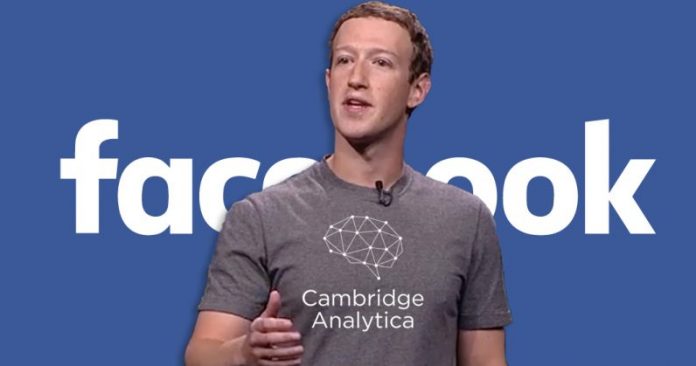 No other single organization has been in so much trouble in the recent history as Cambridge Analytica (CA) for it’s alleged involvements in various elections across the world including, USA, India, Brazil and several African countries. Caught in the eye of the maelstrom along with CA is, Facebook (FB) the ubiquitous social media site that can be found in every person’s handset.

All hell broke lose when it was alleged that the firm had helped in the US Presidential elections and had helped the most unlikely candidate, Donald Trump win over a seasoned politician like Hillary Clinton. The US election campaign has also been described as one of the “dirtiest election campaigns” in history fanning misogyny, white supremacy theories and anti-immigration propaganda.

The company, founded by Stephen K Bannon and Robert Mercer, a wealthy Republican donor who has put at least USD 15 million into it, offered tools that could identify the personalities of American voters and influence their behavior.

Bannon later went on to become White House Chief Strategist in the Donald Trump government – a position especially-created for him. He was also the chief campaign strategist of the Trump campaign. Bannon was later asked to go after a violent rally in Charlottesville that saw a White Supremacist uprising.

The so-called psychographic modelling techniques used by CA, which were built in part with the data harvested from Facebook, underpinned the company’s work for then-Republican nominee and US President Donald Trump’s campaign in 2016.

The company and it’s top executives were unmasked by an in-house whistleblower and later through a sting operation carried out in the United Kingdom (UK).

Aleksander Kogan, Cambridge psychology professor developed an app called “thisisyourdigitallife” which collected user data in the name of personality quiz. The notorious activities of Cambridge Analytica remained hidden for over two years until Christopher Wylie, an analytics specialist, who had already worked with Cambridge Analytica decided to blow the whistle.

Later a Channel 4 sting surfaced showing the company head honchos discussing how they have manipulated elections across the globe using data, intelligence gathering through field agents and using “Ukrainian honeypots” to compromise politicians. The firm was allegedly responsible for manipulating elections across the globe and that it used FB for gathering data of common people to swing votes in favor of the unlikeliest of candidates, both the parties have been under tremendous pressure worldwide.

While conspiracy theories abound, the data gathering and research-based CA is yet to be indicted for harvesting personal data for political purposes, several countries have started taking legal action though both CA and FB have denied any wrongdoing.

While FB has seen massive fall in its stock prices, CA has already sacked its CEO, Alexander Nix.

In the UK, where the firm is located and is alleged to have tinkered with the Brexit campaign, a High Court judge has approved a warrant, allowing law enforcement officers to search the scandal-hit analytical firm.

The London High Court granted the request by UK Information Commissioner (ICO) Elizabeth Denham, who is investigating claims that the firm may have illegally acquired Facebook data for political ends.

According to the court, Judge Leonard will seek a full explanation of the decision on March 27.

In a statement yesterday before the 18 enforcement officers went in, the ICO said, “We’re pleased with the decision of the judge and we plan to execute the warrant shortly.”

“This is just one part of a larger investigation into the use of personal data for political purposes and we will now need time to collect and consider the evidence,” it added.

Cambridge Analytica has said that “it is willing to cooperate with the ICO in its investigation.”

In India, the Indian Ministry of Information Technology had sent out a word of caution to Facebook CEO, Mark Zuckerberg regarding any incident of data theft of an Indian citizen if found.

The Centre has also issued a notice to the scandal-hit CA, asking them to reply to six questions by March 31.

In a notice issued on Friday by the Ministry of Electronics and Information Technology, the Government has raised six questions. The questions in the notice are:

1. Whether they have been engaged in any assignment to utilize data of Indians from the above-cited breach?

2. Who are the entities that have engaged them for the above?

3. How did they come to be in possession of such data?

4. Was consent taken from the individuals?

5. How was such data collected used?

6. Was there any profiling done on the basis of such data?

Apart from this, the social networking giant, Facebook has been slapped with four legal lawsuits within a week amid claims that CA is accused of harvesting millions of users’ data from Facebook.

A Facebook user named, Lauren Price of Maryland filed a suit in San Jose, USA on behalf of up to 50 million people whose data was used by CA.

“It’s a class action lawsuit that claims Facebook has “absolute disregard” for my personal data, despite allegedly stating it would not disclose data without permission or at least notice,” said Price.

The suit also noted that during the 2016 US presidential election, Price often saw political ads on her own Facebook feed.

Individual shareholders in Facebook – Fan Yuan and Robert Casey, each filed their own class action lawsuit against its CEO Mark Zuckerberg and CFO David Wehner.

The plaintiffs seek to recover the losses incurred when Facebook’s stock tanked this week, which cost the company nearly 10 percent of its market value.

A fourth lawsuit was filed by attorney Jeremiah Hallisey in San Jose, on behalf of all Facebook shareholders against, Zuckerberg, COO Sheryl Sandberg, and board members.

The suit claims that the executives and board of directors failed to stop the data breach or tell users about it when it happened, and therefore “violated their fiduciary duty.”

Hallisey is also asking for payment that restores the company shareholders to their previous positions and a court order for Facebook to improve its internal processes respectively.

Last week, Zuckerberg released a statement saying he was sorry about the CA scandal affecting “tens of millions” and that he would be “willing to testify before the US Congress.”