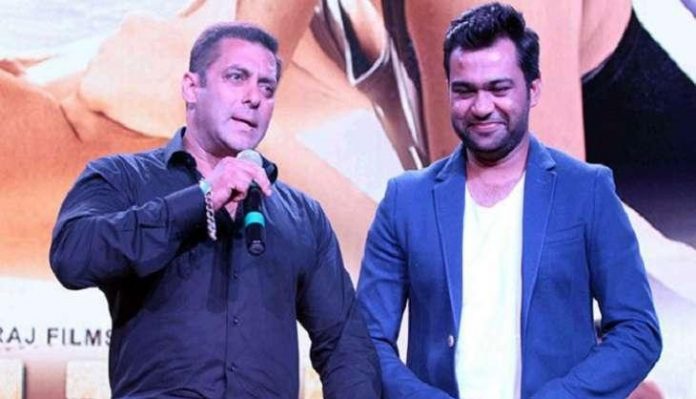 For the third time, Salman Khan and director Ali Abbas Zafar will collaborate for a movie Bharat. The previous two films were action-packed but this film is said to have a complete different touch.

“It is a very different film from Tiger and Sultan. We are trying to do something new with it. It’s too early to talk about it,” Ali told PTI while talking about Bharat.

The filmmaker has also said that his work has now developed, and he credits Salman for this as he feels working with the superstar has helped him add maturity to his work.

“People tell me there’s a lot of maturity in my work now. Maybe that maturity is because I’m working with Salman Khan, who has so much experience. The text that I write kind of compliments him and he as a mature actor takes it to another level,” he told the news agency.

Ali’s both films Sultan and Tiger Zinda Hai has turned out to be huge blockbusters and so the level of expectation from Bharat is quite high. And the filmmaker is quite aware of this.

“With Tiger Zinda Hai and Sultan behind me, I’m more nervous for my next one because I know the expectations and anticipations will be really, really high,” he said.

Salman has multiple movies for release. Apart from Bharat, he has Race 3 and Dabangg 3. Though Bharat is expected to be an emotional drama, the other two films will again be action-oriented.

The 52-year-old actor has been having a great phase at the box office. The actor came up with Sultan after Bajrangi Bhaijaan’s success. Although his success graph witnessed a fall with the failure of Tubelight, Salman came back strongly with the blockbuster Tiger Zinda Hai.