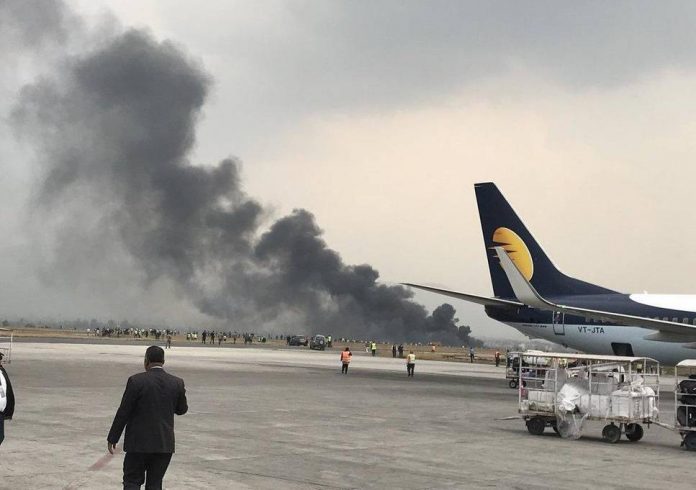 Fifty people are feared killed after a Bangladeshi plane with 67 passengers on board crashed near Kathmandu airport on Monday as it was coming in to land, officials said, as firefighters battled to extinguish the burning wreckage and rescue passengers.

An airport spokesperson told the paper that casualties were feared.

The plane can reportedly carry 78 passengers and firefighters were at the scene trying to extinguish a fire, local news site My Republica reported.

#BREAKING #Nepal: A US-Bangla airlines aircraft has crashed in the eastern side of the Tribhuvan International Airport (TIA) in the #Kathmandu on Monday. Details yet to come. https://t.co/qsxgS4w3sG pic.twitter.com/ODr8L2xS9X

The plane was identified in local media as S2-AGU, a Bombardier Dash 8 Q400, but this has not been officially confirmed.

The plane “became unstable” while descending, another airport official said.