Home Cityscape It’ll truly be ‘happy’ women’s day when we don’t have to wonder... 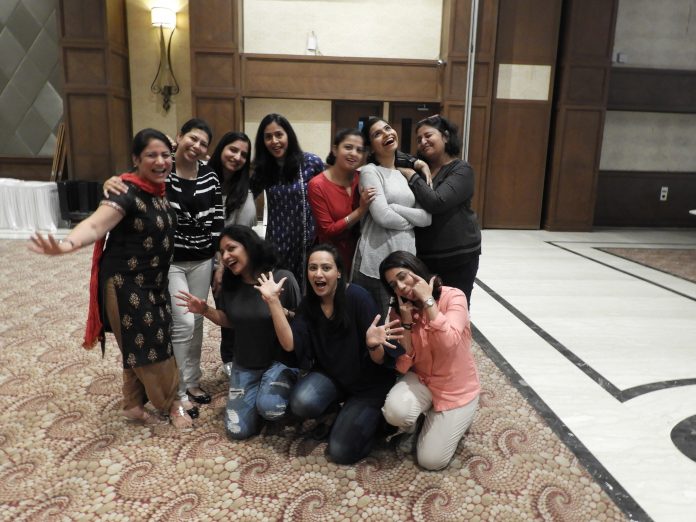 When News Mobile asked the very vivacious RJ Stutee aka #pammikaur “Do we even need a day such as Women’s Day?” she quipped “Of course we do. Celebrations are always a good idea, bas hum mahilaaon ko 9th March ko yaad rakhna.”

Taking that thought further, one of the most popular “Happy Women’s Day Challenge Accepted” messages, that made the wink a rage much before Varrier went viral, asks cheekily: “You mean to say the rest of the days aren’t women’s days?” And therein lies the crux of the change for which a bunch of women from Gurugram have come together on March 8 to showcase “how a woman’s way of living gets defined,” through #AndMe?: a play that goes beyond traditional story telling by engaging actively with the audience.

Elaborating on the need to mark a day for women, director Anshu Daga, Founder, The Inner Startup, says, “it’s a reminder that we still need a reason to celebrate ourselves. I think Women’s Day should be a shout out to all the women to celebrate each other, because only when women stand up for each other, support each other and simplify life for each other, can we all move forward in life.”

“Take for instance my mom, who is my role model,” she goes on. “She’s the one who taught me to be patient persevering, positive and confident.”

The one message that we want to spread through our play #AndMe? onn Women’s Day  is “only when a woman lets her wings expand does she gain the strength and confidence to fly on her own.”

A huge fan of J K Rowling and Augusto Boal of Theatre of the Oppressed, she and her troop, believe, “self expression, which is a form of individuality, should be every woman’s birth right.” The fact that the cast includes 11 women from Gurugram from our very midst makes the message even more powerful as it is very relatable and strikes a chord in every heart.

Among them, the petite Shweta Markandeya prefers to call herself “a free spirit at odds with the world,” a thought echoed by her co-actor Sheena Arora, who “is a free bird living life on my own terms.” The rest of the cast include Priyanka Sethia, a numerologist with a passion for music; the outgoing Harleen Kaur who dons several caps; Kanika Burman the adventurer; Surbhi Modi a home baker; Babita Mehta who describes herself as a “passionate woman;” Krishnahah, the free soul doing it her way; blogger-feature writer Maneet Sawhney and Kavita, who confesses she’s a home maker and a bit of a trouble maker!

These Gurugram women have come on stage to shine the spotlight on gender inequality, the “awaiting for approval” and the double standards that are the “greatest hindrance to a woman’s growth,” taking a cue from every woman who has “turned around her struggles into her strengths,” be it Mother Teresa, Michelle Obama or “even the everyday help who is trying hard to better her family’s station every day,” as Sheena puts it.

“We need to shatter the clichés,” smiles Krishnahah. “To go out there and explore the world” adds Shweta, “ to love ourselves,” says Surabhi and to stop “worshiping goddesses on one hand and exploiting little girls on the other,” concludes Kavita.

Through the powerful medium of #AndMe? these 11 feisty Gurugram women hope to raise a toast to “being strong women” – May we known them. May we be them. May we raise them! Happy #IWD2018!