Home Cityscape The making of a teenage don 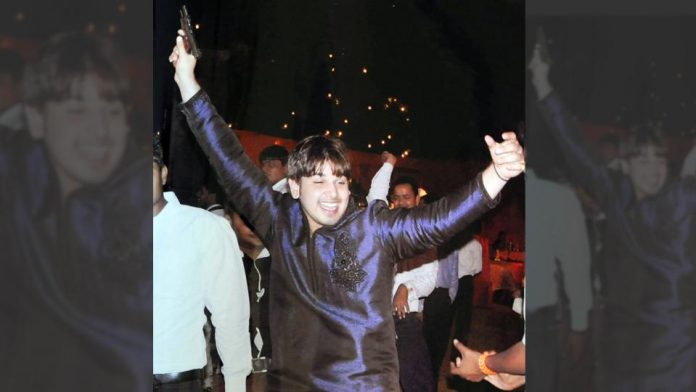 At an age where children are excited to play with their friends, here is the making of a teenage don that decided to kill the person he disliked and had fights with in school at a young age of 14.

According to reports in Hindustan Times, On 11 November 2007, 14-year old Akash Yadav, the son of a real-estate dealer in Gurgaon, took his father’s imported 0.32 Harrison pistol to his private school and shot a classmate to settle a score. He was sentenced to three years in a juvenile observation home.

Now 24, and the leader of a criminal gang, Akash Yadav has spent three years across two jails in Haryana for his last alleged murder.

On 8 November 2017, a CBI investigation charged a 16-year old boy at another international school in Gurgaon for slitting the throat of an eight-year-old fellow student. In the three-and-a-half months since the suspect was sent to Faridabad’s juvenile observation home, several questions have been raised about him from his motivation for the alleged murder, to the state of his mental well-being, to the argument for trying him as an adult.

Here’s the making of the criminal –

At 9.45am on 11 November 2007, property dealer Azad Singh Yadav came back home from his morning walk, opened the top drawer of the television table, and found his pistol missing. He had bought the imported pistol from a dealer only the previous week, loaded it with five cartridges, put in a clear plastic bag and slipped it into the drawer. Buying and selling of land was by 2007 the leading business in Gurgaon and one that increasingly involved the use of firearms. It had only been three years since Yadav sold his own family land in the village of Bhamrauli, moved his family to Gurgaon, put his sons ,14 and 11, in an“international” school, and got down to business. Akash was the elder of the two siblings.

The first thing Azad Singh did after closing the drawer was to call the school and ask to speak to his sons. Both of them denied having anything to do with the missing pistol. Worried about where it may have landed, Yadav drove to Mewat to consult an astrologer who specialised in predicting the locations of stolen objects. He was told the pistol would soon return to its place. He was driving back to Gurgaon when he got a call from the school informing him that his older son, Akash, had shot a classmate.

At 1 pm, just after the classes at his school ended for the day, Akash went to the boys’ bathroom, took out a pistol from under a toilet, proceeded to the stairwell with a friend, Vikas Yadav, and waited for his “enemy”, Abhishek Tyagi, to come down the stairs. When he came face to face with Abhishek, Akash pulled out the pistol from his pocket and took aim — two bullets through the forehead and two into the chest. He passed on the pistol to Vikas as Abhishek was collapsing to the floor.

His friend fired into the bleeding body. “At 2 pm, I got a call from my son’s school saying he had been hurt,” said Ravinder Tyagi, a property dealer from sector 14 who had recently admitted his son to this school that proudly advertised the “safety of every child”. “When we reached Pushpanjali hospital, Abhishek was lying on a stretcher. I took his hand in mine; it was cold and limp.”

Akash’s family thinks it was all about a girl.

“My son told me Abhishek used to bully his girlfriend in school,” said Kamlesh Yadav, Akash’s mother. “Things went way out of hand when Abhishek caught hold of her hand,” said his younger brother, Sumit, who was then in Class 6 in the same school. “Bhai was furious, he was planning to teach him a lesson and he told me that ‘I will not leave Abhishek’.”

Few people had heard of a school killing in India before, even though there had been a couple of incidents here and there. The shooting represented the dangers of transition from one way of living to another. All three families had moved from traditional Haryanvi villages to the cyber city of Gurgaon, the fathers spent their time dealing in land, and the sons felt free to follow their instincts.

A large crowd had gathered outside the juvenile court in Gurgaon on the day Akash Yadav and Vikas Yadav were presented before the magistrate. Every detail was captured: what the boys ate that morning in the observation home, what they wore to the court, how they appeared inside and what they said.

s. Akash and Vikas were the only schoolboys in a cell packed with repeat offenders. Neither he nor his family talks about his experience inside, except to say that it was no place for a privileged kid. “You know what happens in these places: bullying, sexual abuse, violence,” said Sumit. “It’s a different world from outside,” said Akash.

“This is a complete failure of the system and the society,” said Ganguly. “The law says there has to be an individual care plan for each juvenile based on their specific needs. What kind of psycho-social support are the authorities providing? Who is addressing their sexuality issues? Who is providing them with opportunities for education, skilling, deaddiction? In my work for juvenile convicts, we have found that if you work with them on these lines, they don’t turn into repeat offenders.”

Most kids survive by finding someone a few leagues above them in a juvenile jail’s been-there-done-that hierarchy. Akash found an 18-year-old hitman from a village gang in Rohtak. “One day, bhai arranged a beedi for shooter Manjeet from village Sunariya. They became best friends. It was a turning point in his life. Slowly, bhai won hearts inside the observation home and began to be seen as a leader,” Sumit said.

The status comes attached with opportunities. “Different gangs started motivating bhai to join their group through their members inside the home.”

However, Akash was keen to return to “normal life”. In 2008, he came out of the observation home on bail. He was 15. His parents had moved back to their village, Bhamrauli, on Pataudi road in Gurgaon. In 2010, he took his Class 10 board exam from an open school in Faridabad. “Then, we admitted him to a regular school in Faridabad for Classes 11 and 12, but a friend of Abhishek’s joined the school a few months after, told everyone about Akash’s past, and the principal asked us to take our son out,” said Kamlesh, his mother. The family made a few more attempts at returning him to school. “They always found out who I was and struck my name off the rolls,” said Akash.

According to police and jail records, however, from 2007 to 2015, Akash Yadav and his associates had been charged with about a dozen criminal cases: attempt to murder, robbery, snatching, extortion and assault. Sumit says Akash doesn’t involve himself in anything less pressing than a murder. “If he has to kill someone, he does it himself. He never threatens but believes in eliminating.”

In early 2015, Akash decided to eliminate a man called Manish Kumar. Kumar had come to Gurgaon from Bihar as a teenager looking for work and had ended up working for criminal gangs.

By the time Akash met him in Kapashera, Manish had been to jail several times for snatching gold chains and mobile phones, carjacking and other petty crimes. They became friends and remained close for many years. Manish spent all his time at Akash’s house and helped run his gang’s operations. At some point, though, the Yadavs say, Manish began to feel jealous of Akash’s growing influence in the underworld. He set a trap to get Akash out of his way, according to Sumit. “He plotted with an enemy gang and called Akash to a wedding. Akash drove there with friends but before he got out of the car, he spotted a few members of that gang in the crowd and drove back.”

On March 24, Akash and some of his friends drove in an SUV to Palam Vihar market, where they expected to find Manish Kumar and his group. The two sides got into an argument and soon Akash whipped out a 38-bore revolver and fired five shots at Manish, who took three bullets and collapsed right away, according to Rajesh Kumar, assistant commissioner of police. Akash fled the scene and remained absconding for 14 days. On April 7, he was found near Sultanpur Lake, on the outskirts of Gurgaon, and sent to Bhondsi jail. He has since been a so-called undertrial — waiting in prison till his case goes on.

Long before her son shot dead a classmate, Kamlesh had gone to a reputed astrologer to seek a clue into his future. “The astrologer told me your son will be ‘known’ in official circles and in his words ‘woh sarkari gaadi mein ghumega’ (he will roam in government vehicles) aur ‘sarkari khaana khayega’ (eat government’s food),” said Kamlesh.

She added, “I thought he will get a government job and become powerful. I had never imagined that ‘sarkari gaadi’ will be a police van and that ‘sarkari khana’ will be prison food.”

By November 2017, when he heard about the teenager accused of killing a fellow student in the Gurgaon school, Akash had spent a month in Hisar jail. In October, Akash was transferred from Bhondsi to Hisar after he assaulted his supervisor in the prison. On January 11, 2018, when Akash came to the jail’s visitors’ enclosure to meet his mother, the gangster looked tired and solemn. His mother has been concerned about his shaved head and gaunt, bearded face; Sumit says Akash likes to keep changing his look. Indeed, the 22-year-old who was arrested in 2015 had chubby cheeks and wore his hair long and blonde.

Since he chose to “follow his destiny” in 2012, Akash has progressively been less and less a person and more and more a myth: a dazzling don with a big heart. According to his mother, Akash is “paying the price for being a good man”. Kamlesh said her son was “betrayed by those he most trusted”. He loves the good life big cars, fancy clothes and imported guns but is also a deeply religious man, according to her. “Never leaves the house without doing pooja. Observes fasts on Tuesdays, and over the 10 days of Navratra.” He “respects women,” she added. “He has often assaulted people who are seen disrespecting women in public.” “When he comes out of jail,” she said, “he wants to open a cow shelter and an old-age home.”