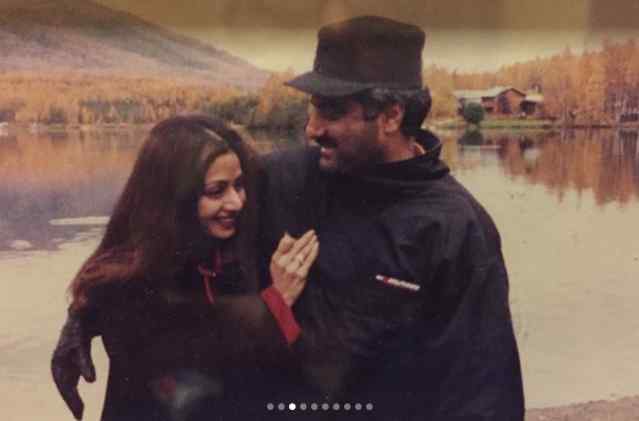 When news of Sridevi’s death trickled in last weekend, her fans were aghast. She was only 54 and from the posts on her social media, she looked great, enjoying a family wedding, looking every inch a diva.

Conspiracy theories abounded and the Indian media went on an overdrive to reconnect the dots as the autopsy report suggested, death by drowning. It was a madhouse as most Indian household sat glued to their television sets and watched the ghoulish speculation on who-dun-it.

The Dubai Police known for its attention to details however, quashed all foul play theories and sent her body home for cremation. Public poured on the streets of Mumbai with fans and celebrities openly showing their broken heart on the untimely demise of the “first female superstar” of Bollywood.

A day later, the family released a note thanking everyone for their love and kindness and yesterday, Sri’s elder daughter, Janhvi shared a sentimental note for her “loving” mother yesterday remembering the diva as a doting and caring mother.

Today finally her husband, Boney Kapoor, who was the only person present in the hotel suite at the time of her death has broken his silence.

He has opened up about the death of his ‘Jaan’ last week, to his close friend and film critic Komal Nahta.

Nahta, has blogged the story as related by the doting husband, Boney in his blog in detail divulging a “detailed account of what exactly transpired on the fateful evening of February 24”.

After the family wedding that the couple had gone to celebrate, Boney had left for Mumbai while Sridevi had stayed back to shop for their daughter Janhvi who is gearing for her Bollywood debut next month.

Boney decided to suprise his wife and booked a ticket back to Dubai as soon as his Lucknow meeting got over.

“On 24th morning, I spoke to her, when she told me, ‘Papa (that’s how she addressed Boney), I’m missing you.’ I also told her that I was missing her a lot. But I didn’t tell her that I would be joining her in Dubai in the evening,” Nahta has written quoting from his conversation with Boney.

“Janhvi (their elder daughter) had seconded my idea of going to Dubai because she was scared, her mom, not used to being alone, would misplace her passport or some important document if she was alone,” the post goes on.

He also recounted that there had been only two occasions in the last 24 years when the couple had not traveled abroad together.

“Sridevi had travelled alone on two brief foreign trips – one to New Jersey and the other to Vancouver – for two appearances,” he said.

“Although I didn’t accompany her on those two trips, I made sure that my friend’s wife was with her on both the occasions. The Dubai stay was the first time Sridevi was alone for two days – 22 and 23 February – in a foreign land,” Nahta’s post reads.

Sridevi got emotional after Boney surprised her and “the two hugged like teenage lovers once Boney opened the door with his duplicate key. “But she told me, she had a hunch that I would come to Dubai to fetch her,” Boney recalled amidst sobs. The couple hugged, kissed and chatted for almost half an hour,” reads Nahata’s blog post.

E-X-C-L-U-S-I-V-E! Boney Kapoor’s Emotional Recounting Of What Happened On The Fateful Evening Of 24th February! https://t.co/a5QRAEXLzD

It was after this, that Boney asked her for dinner and Sridevi went to bathe and get ready.

Thereafter, Boney watched cricket on the television for around 15-20 minutes “but was beginning to get restless because he was aware that being a Saturday, there would be a rush in the restaurants. It was around 8 p.m. then”.

Boney, became impatient and called her from the living room. He rushed to the bathroom when she didn’t respond.

After calling out to her twice, Boney lowered the volume of the TV set. However, there was still no reply from the bathroom following which he walked to the bedroom and knocked at the bathroom door.

“The unsuspecting husband, kept calling out Sridevi louder than before, but got no reply, which was unusual,” Nahta wrote.

He then panicked and opened the door which had not been bolted from inside.

“The tub was full of water and Sridevi was immersed completely, from head to toe, inside the tub. Devastated, he reached out to her but watching her motionless, he feared the worst. Sridevi had drowned! Boney’s world had come crashing down. He himself was drowned in sorrow and misery as the centre of his world had passed on to another world,” Komal Nahta wrote.

An autopsy report released by the Dubai Forensic Department said that Sridevi died to “accidental drowning” in her bathtub and did not suffer a cardiac arrest. Traces of alcohol were also found in her blood.

“Whether she first drowned and then became unconscious, or she first fell asleep or unconscious and then drowned, nobody will, perhaps, ever know. But she probably never got a chance to even struggle for a minute because had she moved her arms and legs in panic while drowning, there would be some water spilling out of the tub. But there wasn’t a drop of water on the floor outside the tub area. The mystery will remain unsolved,” Nahta concluded.