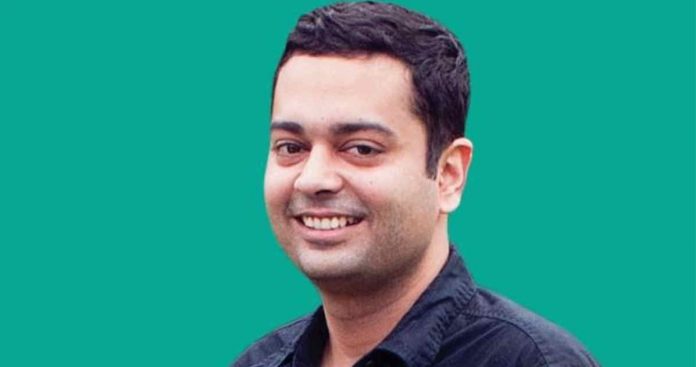 Online restaurant guide and food delivery app Zomato’s co-founder Pankaj Chaddah announced his resignation from the company to “move on to something new.”

Taking to Twitter, Chaddah, who has been with Zomato for the last ten years, said he would remain in the company till the end of March.

“After 10 years, I am moving on from Zomato to try out something new. I’ll continue to play an active role till the end of this month. Have been thinking about this for a while, and the timing seems right today as Zomato is back to being a rocket-ship,” he tweeted.

Chaddah also went on to thank Zomato founder Deepinder Goyal and entrepreneur Sanjeev Bikhchandani for their faith in him.

An alumnus of the Indian Institute of Technology, Delhi (IIT-D), Chaddah joined Zomato in March 2008. Prior to this, he served as a senior analyst and subsequently an associate consultant at Bain & Company, a leading business consulting firms.

Chaddah will be associated with Zomato till March 31.