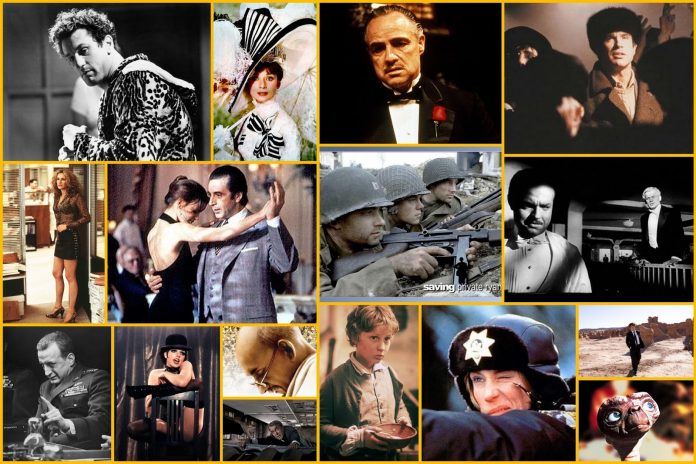 The countdown to the Academy Awards has well and truly begun, with a host of “Oscar Film fests” showcasing this year’s best and biggest films, including The Shape of Water, Darkest Hour and Three Billboards with multiple nominations.

As a cinephile, one of the toughest things to do, however, is to curate a list of films to watch. Film tastes are very subjective, more so when it pertains to the Oscar fever and binge watching , reminds me of the days when we used to hire a VCR player and a whole lot of films from the local video parlor for a homemade binge film festival that used to last anywhere from 24 to 48 hours .

To ease up this daunting task I am limiting my list to films between 1995 -2015 so that the interest levels are balanced across Generations and Genre, so here is my list of 10 films to binge watch:

1. PULP FICTION by Quentin Tarantino won an Oscar for best original screenplay in the year 1995 and had affected a whole new generation of screenplay writers and editors. This film is on top as it sets the pace for the excitement to follow.

2. GLADIATOR by Ridley Scott won Oscars for Best Film and Best Actor in the year 2001. The storytelling and the flow of the film are such that even though it’s an epic period film, it still has the essence of an action-drama.

3. AS GOOD AS IT GETS by James L Brooks while being a romantic drama does not get mushy and slow, eliciting brilliant performances by Jack Nicholson and Helen Hunt. Both won an Oscar in 1998 .

4. HURT LOCKER by Kathryn Bigelow is a war film that’s more of a psychological journey rather than direct war violence. It was nominated for nine Oscars in 2010 and won six of them, including Best Picture and Best Director, making Kathryn Bigelow the first female to win this award.

5. WALL -E, a futuristic animation film by Andrew Stanton for Pixar, is the perfect film to follow a war film to ease off. This film was nominated for five Oscars and won the Best Animated Feature Award in 2009.

6. NO COUNTRY FOR OLD MEN by Coen brothers unleashes a masterpiece of cinematic narrative which does not let the audience pinpoint the flow. A modern Westerner with a Hitchcock-like thrill, it won four Oscars in 2008.

7. VICKY CRISTINA BARCELONA by Woddy Allen is a rom-com about mixed up relationships, with brilliant performance by Penelope Cruze. She won the Oscar for Best Actress in Supporting Role in 2009 for the film.

8. MILLION DOLLAR BABY by Clint Eastwood, is a sports drama and won four Academy Awards in 2005, including Best Director, Best Actress, Best Picture and Best Actor in a Supporting Role.

9. SIXTH SENSE by M Night Shyamalan is not the typical horror film but packs the same punch incorporating the supernatural in its wonderful screenplay. It’s rare that a horror film is nominated for six Oscars. But in 2000, Sixth Sense was, unfortunately it did not win any.

10. WHIPLASH by Damien Chazelle, is a drama film about the struggles of an ambitious student with an abusive instructor. This film was a commercial as well as an Oscar success grossing almost 15 times its production budget at the box office. It won three Oscars in 2015 – a must watch for Oscar binge.

(The author is an alumnus of FTII and currently the director of academic operations at ITASPA. He has worked as an actor in films with the likes of Anurag Kashyap, Debakar Banerji, Rohan Sippy. He is a musician, writer, cook, biker, academician and loves to explore new places)