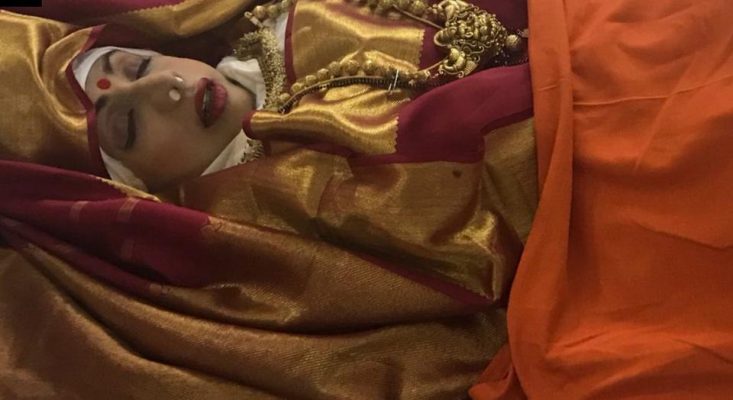 The mortal remains of Bollywood actor Sridevi, who died on Saturday in Dubai, arrived at Celebration Sports Club in Lokhandwala, Mumbai, where her Bollywood colleagues and fans will pay last respects to the actor from 9.30am to 12.30pm. The last journey will begin at 2pm and Sridevi’s cremation will take place at 3.30pm at Vile Parle Seva Samaj Crematorium.

Husband Boney Kapoor and daughters Khushi and Janhvi were spotted by her side before the cortege began. Her body was draped in a Tricolour and she would be cremated with state honours at Vile Parle Seva Samaj Crematorium. Fans were seen breaking down as their golden girl started her last journey.

Police had also begun lathi charge to control the crowd. Fans were not let in after 12pm to pay their last respects, as a result of which too many of them ended up waiting outside. Despite repeated warnings by the police, the crowd refused to leave. The police then had to resort to lathi charge.