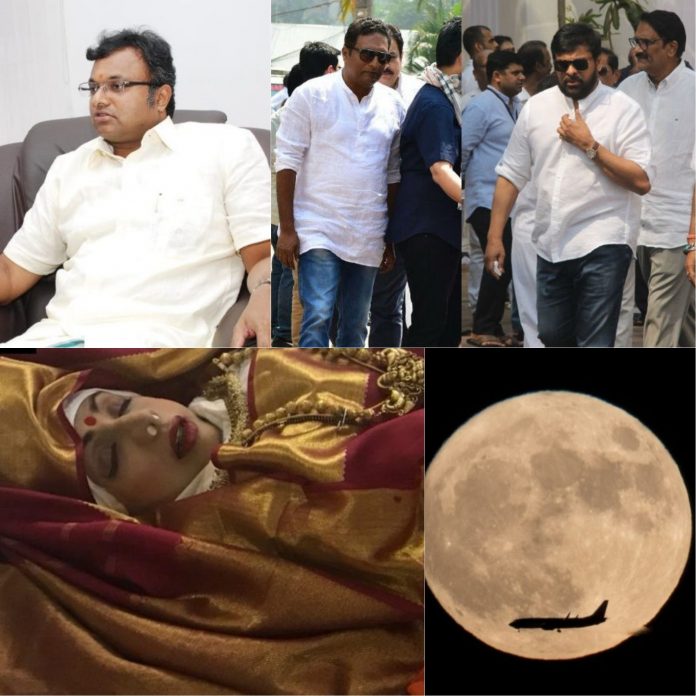 Former finance minister P. Chidambaram’s son, Karti Chidambaram, was arrested on Wednesday by the Central Bureau of Investigation (CBI) at Chennai airport. As per reports, he was arrested by CBI in connection with its probe in the INX media case. Now he has been taken to a Delhi court.

Wrapped in National Flag, Sridevi on her final journey

The mortal remains of Bollywood actor Sridevi, who died on Saturday in Dubai, arrived at Celebration Sports Club in Lokhandwala, Mumbai, where her Bollywood colleagues and fans will pay last respects to the actor from 9.30am to 12.30pm. The last journey will begin at 2pm and Sridevi’s cremation will take place at 3.30pm at Vile Parle Seva Samaj Crematorium.

BJP MLA Manoj Baitha, who was suspended from the party for his involvement in Bihar accident in which nine students were killed, has surrendered in Muzaffarpur.

Final farewell to Sridevi from Chiranjeevi, Aishwarya, Prakash Raj and others

Sridevi’s mortal remains were kept at the Celebration Sports Club in Lokhandwala, Mumbai on Wednesday for all the well-wishers, her colleagues and members of the film fraternity to say a final farewell to the actress.

Moon to get its first ever 4G mobile network

British telecom major Vodafone on Tuesday said it plans to create the first 4G network on the moon to support a mission by PTscientists in 2019.