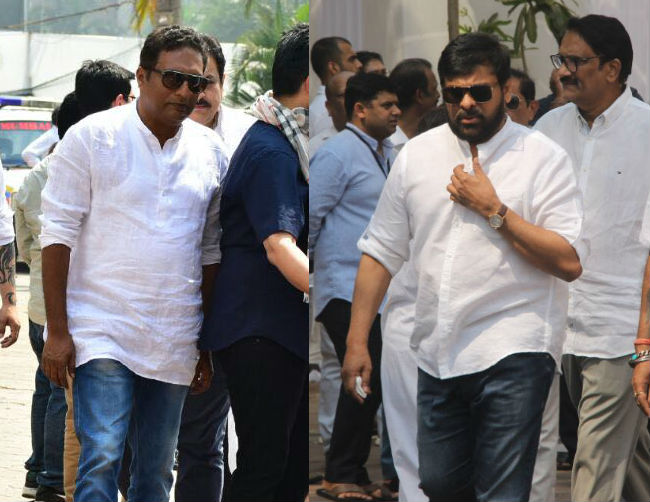 Sridevi’s mortal remains were kept at the Celebration Sports Club in Lokhandwala, Mumbai on Wednesday for all the well-wishers, her colleagues and members of the film fraternity to say a final farewell to the actress.

During the final farewell for the actress, several actors of south cinema and Bollywood came together to pay respects. South actors like Chiranjeevi and Prakash Raj along with Bollywood actors such as Aishwarya Rai Bachchan, Deepika Padukone, Sushmita Sen, Madhuri Dixit, Kajol were snapped at the condolence meet. Sridevi’s fans and the media were also invited to pay their respects to the actress.

The 54-year-old actress’ body was wrapped in tricolour for the funeral and her final journey began at 2 pm.

The actress, 54, died last Saturday in a Dubai hotel and was flown back to Mumbai last night after medical and legal formalities were completed. Her death has been ruled an accident after a post-mortem revealed she drowned in her hotel bathtub.

Here are pictures from the condolence meet for Sridevi:

Boney Kapoor and his son Arjun Kapoor accompanied Sridevi from Dubai to Mumbai. Brother-in-law Sanjay Kapoor and other family members were also present.

Sridevi and her husband Boney Kapoor had been attending their nephew Mohit Marwah’s wedding in Dubai last week. As per reports, the actress was in the hotel room when she died. The couple was to go out for dinner, but Sridevi collapsed in the bathroom while getting ready.