Home News For Kids Bura na mano, Holi hai! understanding the significance of the festival of... 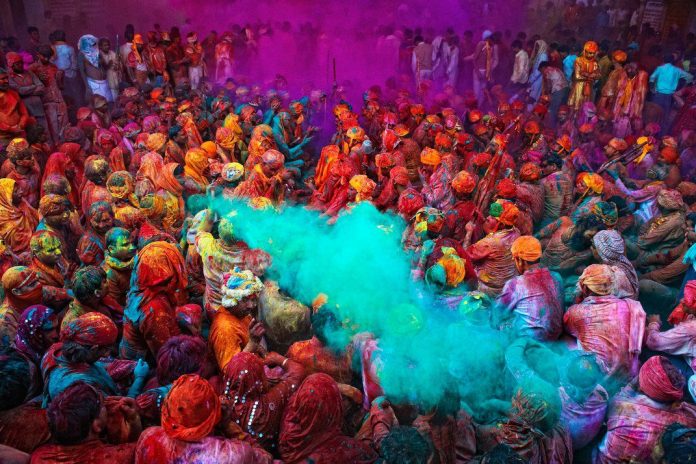 The mention of the word ‘Holi’ and we cannot help but smile. The festival evokes merriment, a riot of colours and a sense of complete abandon of body and spirit. However, it is integral to understand the significance of Holi in our lives. Why do we celebrate it? What is the mythological, socio-cultural and religious reason why we cherish the festival.

Let’s have a look.

When is Holi
Every year Holi begins on the evening of the full moon that comes in ‘Phalguna’ (between end February and mid March) and continues till the next day.
The first evening is known as Holika Dahan or Chhoti Holi. People gather around a bonfire to celebrate the victory of good over evil. They perform religious rituals and prayers.

His son, Prahlad, decided to kill him for his evilness. When the king found out, he asked his sister Holika to wear a cloak which stopped her from being harmed by fire and take Prahlad into a bonfire with her.
However, the cloak flew away from Holika’s shoulders while she was in the fire and covered Prahlad.
Post this, Lord Vishnu appeared to kill Hiranyakshyap by sidestepping his five powers.
He took the form of Narasimha, who was half-human and half-lion; he met him on a doorstep, which is neither indoors nor outdoors; he appeared at dusk, which is neither daylight nor dusk; he placed his father on his lap, which is neither land, water nor air; and he attacked him with his lion claws, which are neither projectile nor handheld weapons.

Holi also celebrates the legend of Radha and Krishna which describes the extreme delight Krishna took in applying colour on Radha and other Gopis. It reflects the unison of colour, caste, creed and rank a person holds within a society.

Socio – Cultural Significance
Whatever be the story of its origin, the common thread is the victory of good over evil.
The idea is to ensure people can learn from these stories and lead a truthful, sincere and honest life. It helps them understand the code of conduct that is expected from a civilized society.
Besides this, Holi is celebrated at the time of the year when the fields are in full bloom and people are expecting a good harvest. A good reason to celebrate the emergence of life.
The festival helps bring people closer. It minimises the barriers created by caste, colour and social standings. It does away the religious templates of conduct. The festival is celebrated by non-Hindus too as everybody likes to be a part of such a colourful and joyous festival.

Significance of Gulal
Historically, the gulal was made of turmeric paste and flower extracts. The four main powder colours that are used, denote a special meaning. Red reflects love and fertility, blue is the colour of Krishna, yellow is the colour of turmeric and green symbolises spring and new beginnings.