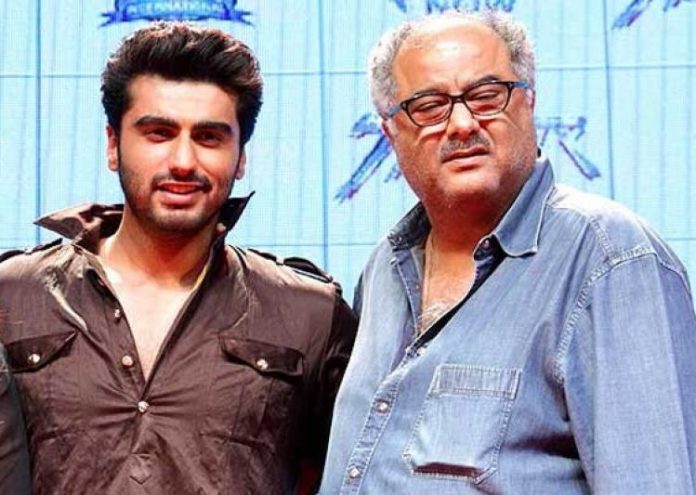 On Tuesday, Boney Kapoor’s son from his first wife Mona Shourie Kapoor, reached Dubai to support his father. Arjun Kapoor reportedly does not want to leave his father alone.

54-year old veteran actor Sridevi Boney Kapoor’s untimely death shook the nation on Saturday. While the film fraternity is still coping with this tragic news, investigation regarding her death is currently underway. According to the autopsy report, contrary to earlier reports, Sridevi Boney Kapoor cause of death was declared “accidental drowning”. The room in the Dubai Hotel she was staying at remains sealed as the probe continues.

ALSO READ: Arjun Kapoor opens up about his relationship with step-mother Sridevi

Three days after actor Sridevi died in Dubai, her family has got a clearance letter from Dubai police, the body will now be released for embalming, Indian consulate has confirmed in a tweet.

Sridevi was found unconscious in a bathtub in her hotel apartment at the Jumeirah Emirates Towers by her husband, producer Boney Kapoor, on Saturday evening, media reports said. After a medical team failed to revive her, she was taken to a hospital, where she was declared dead.

Boney Kapoor returned to Dubai on Saturday to surprise his wife, reports said. The couple was to go out for dinner, but Sridevi collapsed in the bathroom while getting ready.

Sridevi’s career spanned five decades – she started working in movies at age 4. By the time she was 13, she was playing lead roles. She acted in Tamil, Telugu, Kannada and Malayalam movies before scripting a soaring career in Bollywood. A 15-year break from movies followed her marriage to Boney Kapoor.