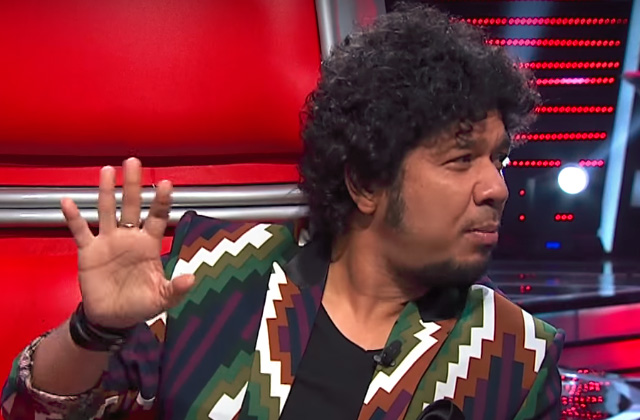 Ace singer Papon on Friday broke silence on the alleged charges against him for kissing a minor girl, a contestant of the reality TV show ‘The Voice India Kids’ who was being mentored by him. ‘

In the statement, unapologetically, Papon writes “Anyone who knows me would be aware that I am an extremely affectional and expressive person” and goes on to claim that “To show affection for an 11-year-old child who I have been mentoring for a while now is not an alien concept for me”.

Alarmingly, trying to play as the victim in the incident, Papon says that he has a “loving wife of over 14 years and two young children. There is a little girl involved, whose identity is not masked in any way. Both our families are being destroyed forever, just by people jumping to conclusions”.

Trying to frame the entire ordeal as one that was undertaken because he was “naive and stupid”, Papon claims that it was actually the “faulty camera angles and an accidental move and not a sexual assault as (is) being reported”.

Reiterating that his intentions were “pure and honest”and not “indecent”, Papon’s official statement shockingly ends with saying that he was “victimised for no fault” of his own.The alleged criminal act was caught on video and went viral online. In the video, Papon can be seen kissing the minor girl. The video was originally posted on Papon’s official Facebook page on February 20.

National Commission for Protection of Child Rights (NCPCR) chief Stuti Kacker earlier told Republic TV that the body has issued a notice to Papon and the channel &TV after a complaint was filed against the Bollywood singer for allegedly sexually assaulting the minor. Kacker told Republic TV that NCPCR found the video, especially its last part, ‘objectionable’.