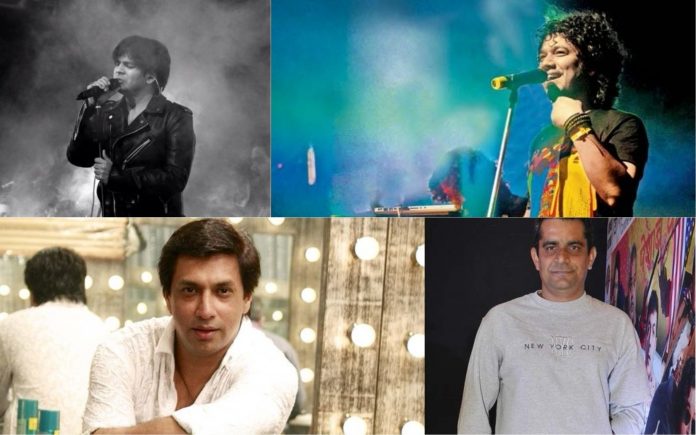 From Shiney Ahuja to Papon, whether the news is confirmed or not but some stars have made headlines and not for good reasons but all the bad reasons. Bollywood has been shrouded with controversies even though many of those accused have been acquitted, it has tainted Bollywood beyond no end. Bollywood insiders spoke to NewsMobile and admitted that casting couch syndrome is all too pervasive in Bollywood.  While some have been proved, others have been falsified, and some are just new and still waiting a definite verdict.

Here are few such B-town celebs who have been charged with rape and sexual assault in the past and in the present:

Recently, a case was filed against ace Bollywood singer Papon for inappropriately touching and molesting an 11-year-old girl who was a part of the same reality show in which Papon was a judge- ‘The Voice India Kids’. He was the mentor of the girl. Later he wrote a message to all his viewers and followers on Twitter, in which he said that he has a loving wife and two kids.

24-year-old Bollywood singer, who swayed everybody with his magnificent song ‘Sun Raha Hai Na Tu’ was arrested for raping a 28-year-old when she filed a complaint alleging Ankit Tiwari kept on raping her giving false promises of getting married to her.

Shiney Ahuja made headlines for raping his maid, no one ever wondered that he would do such a thing, after this, his entire film career was destroyed but after a long time, he again made a comeback with ‘Welcome 2’. The star was arrested after his 20-year-old maid accused him of raping her. The medical reports also confirmed the act.

The Jolly LLB director was accused by journalist-turned-actress Geetika Tyagi of molestation  According to the actress, the incident took place at her residence, on May 28, 2012. But she did not file the complaint then, due to the lack of evidence, and also because, as Geetika says, “His wife Dimple begged me to let go of the matter saying that not only would their lives be ruined, but also the future of their son.” But when her “anger and helplessness got unbearable” she decided to come out in the open.

Madhur Bhandarkar landed in a trouble when a struggling actress Preeti Jain, filed a complaint accusing him of raping her 16 times in the loop of giving her films and making her the lead actress of his movies. According to the reports she said, “We had sex 16 times, and Madhur made promises of giving me a lead role in his films. However, he didn’t offer me a lead role in any of his movies. At times when I refused, he raped me.”

Director of the films ‘Khosla Ka Ghosla’ and ‘Love, Sex Aur Dhoka’, landed in a great soup when actress Payal Rohtagi filed a molestation case against him. According to the reports, the actress said that one day he dropped by her house and told her that she should lose some weight and asked her to lift her top whereas the director has some different story to tell, he said that nothing of this sort happened he just said that she needs to lose her weight if she wanted the role in her movies. However, the controversy soon faded with time and both parted their ways.

One of the most prominent on-screen villains of Bollywood Shakti Kapoor was accused of rape. According to Shakti, it was the lady who threatened him to visit her. No confirmations have been made and the incident still hangs in between.