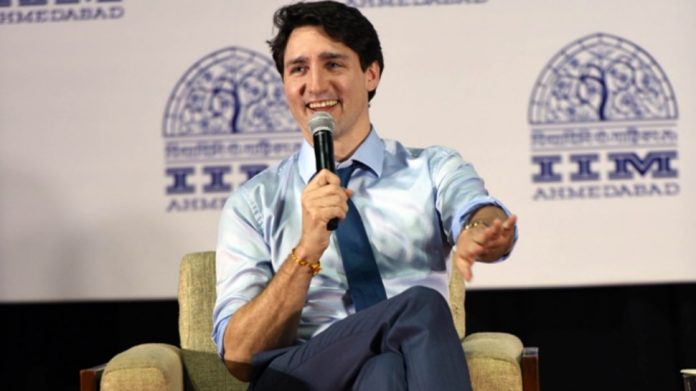 In swift response to the “unfortunate” Jaspal Atwal controversy, Canadian Prime Minister Justin Trudeau said he would “take action” against the person responsible for inviting the “Khalistani terrorist” to two of his official events in Mumbai and Delhi.

“We take this very seriously. The individual in question should have never received an invitation. The person and department responsible will take full responsibility for his actions,” Mr Trudeau said, according to a news report.

Taking the blame, Canadian MP Randeep Sarai has subsequently apologized. “I alone facilitated (Atwal’s) request to attend this important event. I should have exercised better judgment, and I take full responsibility for my actions,” he reportedly said.

Jaspal Atwal was convicted of the attempted murder of Punjab minister, Malkiat Singh Sidhu, on Vancouver Island in 1986, he was one of four men who ambushed & shot at Sidhu’s car. (Pic: Invite to Jaspal Atwal for dinner with Canadian PM #JustinTrudeau, Source: CBC News) pic.twitter.com/dqZpWEwgls

The Canadian Embassy has meanwhile withdrawn the invitation for Atwal to tonight’s Delhi dinner.

The External Affairs Ministry is also investigating how Atwal got an Indian visa. “It was an oversight by the Canadians,” said the Foreign Ministry spokesperson according to reports.

The Canadian PMO clarified in a media release that Mr. Atwal was not part of official delegation nor was he invited by the Prime Minister’s Office.

Who is Jaspal Atwal?

• Atwal was a Sikh separatist active in the banned International Sikh Youth Federation (ISYF)
• ISYF is banned in India, Canada, USA and UK
• In 1986, the Indian-origin businessman was convicted for trying to kill an Indian minister in Canada and was sentenced to 20 years
• Atwal is associated with Media Wave Communications that runs a Surrey-based online radio station
• He has also reportedly been convicted in an automobile fraud case
• Atwal was also charged in a 1985 attack on Ujjal Dosanjh, an opponent of the Sikh separatist movement