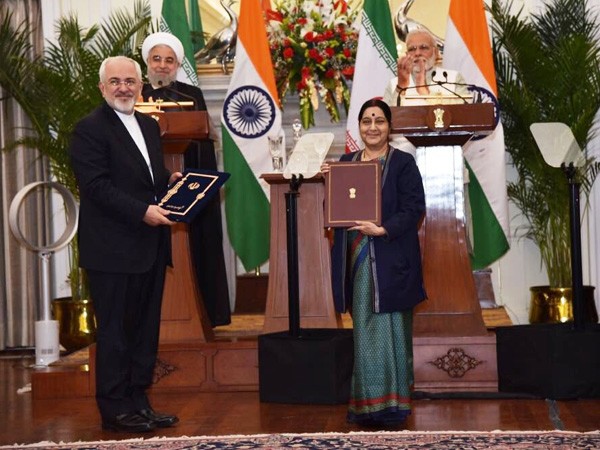 The agreements were signed in areas like double taxation avoidance, extradition, agricultural cooperation, port lease, medicine and others.

Prime Minister Narendra Modi, in the joint statement with President Rouhani, said that the MoUs exchanged between India and Iran are reflective of both sides’ strong relations and their commitment towards further strengthening it.

The two sides signed an agreement for the avoidance of double taxation and the prevention of fiscal evasion with respect to taxes on income. The agreement will avoid burden of double taxation between the two countries in order to promote flow of investment and services.

Both the countries signed an agreement on exemption from visa requirement for holders of diplomatic passports.

Chabahar Port would give India access to trade with land-locked Afghanistan.

In a bid to establish a framework of cooperation in the area of trade remedial measures namely, anti-dumping and countervailing duty, both India and Iran signed an MoU on the establishment of an expert group to promote cooperation in areas of mutual interest.

Both the countries signed an agreement on cooperation in the field of agriculture and allied sectors.

An MoU was signed on bilateral cooperation in the field of health and medicine as well. The two countries signed an agreement on postal cooperation.

In addition to this, four MoUs have also been signed between trade bodies.