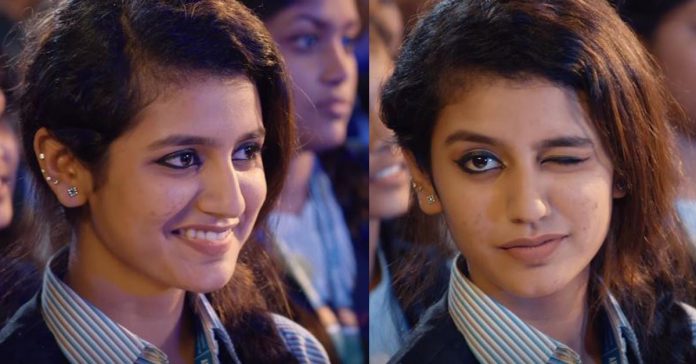 New Delhi: In a major shocker, a group of Muslim youth has filed a complaint at Falaknuma Police Station in Hyderabad against internet’s latest sensation and Malayalam actor Priya Prakash Varrier and the makers of the song ‘Manikya Malaraya Poovi’ from ‘Oru Adaar Love’ for allegedly hurting sentiments of Muslims.

According to a report by NewsMobile Partner Republic, the complaint says the song ‘Manikya Malaraya Poovi’, when translated into English, allegedly insults the Prophet.

ALSO READ: This girl took over your timeline in the season of love; check out why

The cops are yet to register an FIR.

Malayalam actor Priya Prakash Varrier has become internet’s new sensation ever since the song ‘Manikya Malaraya Poovi’ from her upcoming debut film ‘Oru Adaar Love’ released. A short video clip from the track, where Priya is seen raising her eyebrows and winking at a boy (played by Roshan Abdul Rahoof), went viral online.

Thanks for the great response 😊