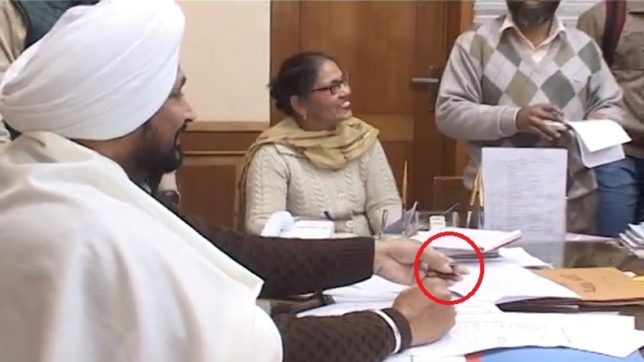 New Delhi: Taking a decision by flipping a coin is not a new technique but it depends on the intensity of the decision unlike Bollywood, but Punjab’s technical education minister Charanjit Singh Channi in a bizarre move was seen deciding the posting of an officer by tossing a coin!

Yes, you read it right, the minister is depending on luck to decide the posting of an officer.

A bunch of people is waiting for their fate to be decided, in this case, their posting and the minister uses a coin to come to a decision.

Of course, hilarity ensues and people are seen laughing around, but the entire episode shows the indifference that the minister has towards the system.