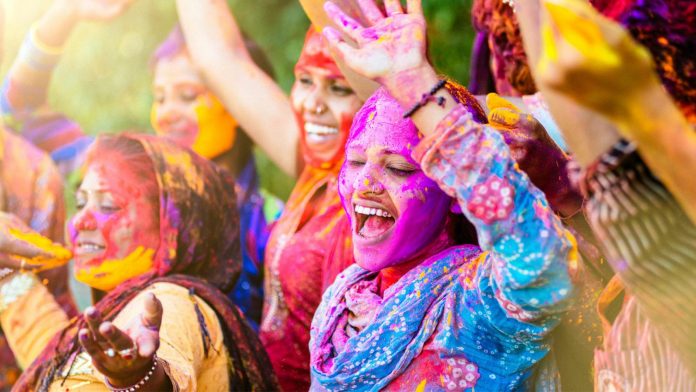 India and it’s festivities go hand in hand. Several travelers search for the time that there is a grand festival going on in the country and that is the time they come to visit this country rich of cultures.

It was India turned up to max and the world’s media, beaming live images of naga sadhus leading the dawn rush to the river waters, lapped it up and in turn got people the planet over thinking.Luckily huge, colourful festivals are two a penny in India. Here’s our run-down of the loudest of loud Indian festivals.

Allahabad doesn’t hold a monopoly on Kumbh Melas. Three other Indian cities (Hardiwar, Ujjian and Nashik) also host them, with one held in each city roughly once every twelve years. This means that in effect there is a Kumbh Mela once every three years, with half-melas held in between, as well as an annual event in each host city. The one in Allahabad is the most prestigious and largest of them all.

You can hardly move without tripping over Krishna at this festival to celebrate his birthday. Temples are swathed in decorations and musical dramas about Krishna are performed. Held in August-September in Mathura, Uttar Pradesh.

Head out east in mid-January to Sagar Island and the point where the holy river Ganges meets the ocean and join tens of thousands of Hindu pilgrims taking a communal paddle in the sea.

This massive fair celebrates a prehistoric battle between elephants and crocodiles; today’s events are much less violent but no less spectacular. This is the largest cattle fair in Asia and hundreds of thousands of river bathing-sin cleansing pilgrims. It’s held near Patna, Bihar in November/December.

This spectacular festival features immense chariots containing Lord Jagannath, brother Balbhadra and sister Subhadra hauled from temple to temple through the streets of the beach town of Puri. Held in November in Puri, Odisha.

Up to 100,000 Shaivite pilgrims, sadhus and Adivasis (tribal peoples) attend the celebrations at Mahadeo Temple. Participants bring symbolic tridents and hike up Chauragarh Hill to plant them at the Shiva shrine. Held in February/March in Pachmarhi, Madhya Pradesh.

Hindus celebrate Ganesh Chaturthi, the birth of the elephant headed god, with verve, particularly in Mumbai. Clay idols of Ganesh are paraded through the streets before beings ceremonially immersed in rivers, tanks or the sea. Held in September (or sometimes August) countrywide.

Thousands of statues of the ten-armed goddess Durga clutter the streets of Kolkata during this festival held each year in October. The festival climaxes when all those Durga idols are thrown into the waters of the Hooghly River amongst much general singing, dancing and firework explosions.