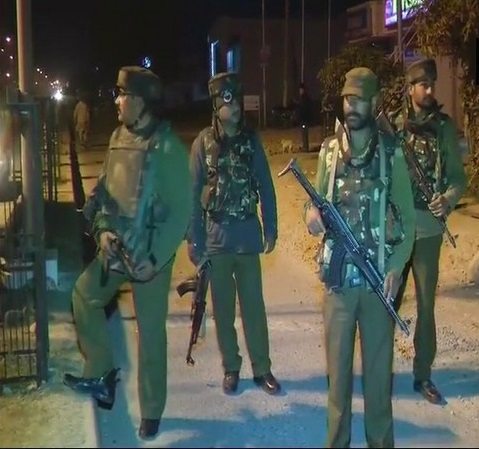 Fresh gunshots were heard inside the Sunjwan Army camp in Jammu and Kashmir during search and combing operation by the security forces only hours after three or four armed terrorists attacked an army family quarter here early this morning.

Jammu Inspector General of Police (IGP), SD Singh Jamwal said that two injuries have been reported as the terrorists stormed inside an Indian Army family quarter.

“This morning around 4:45 am, militants fired on a gate. The area has been cordoned off. Two people, one army Hawaldar and his daughter have been reportedly injured. The number of attackers is not still unknown,” he added.

District administration has notified schools within 500 meters of the camp to remain shut.

Earlier, an alert advisory had been issued in the state in the wake of the death anniversaries of the Parliament attack convict, Muhammad Afzal Guru and Jammu and Kashmir Liberation Front (JKLF) founder, Maqbool Bhat.

The advisory was issued after the JKLF announced to stage a protest against the hanging of Afzal Guru and Maqbool Bhat on February 9 and 11.