Home Auto Auto Expo 2018: Here are the most-awaited car launches to look out... 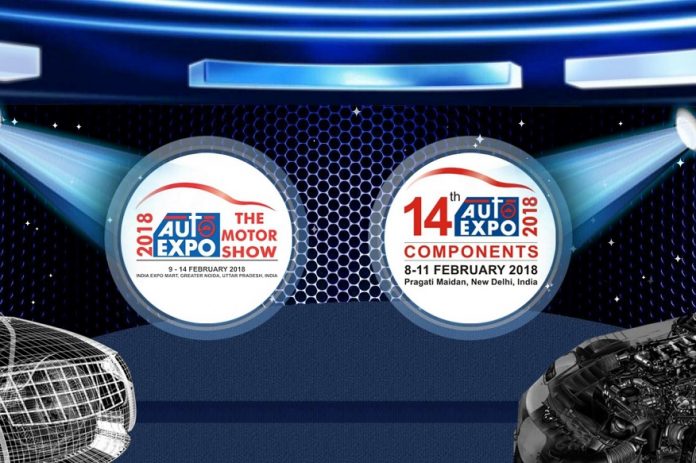 The Auto Expo 2018 is just around the corner and the world is eagerly waiting for the new car launches, concept showcases and the future of mobility. The event is considered to the largest gathering of auto manufacturers in India and is expected to see more than 20 model launches, innumerous concepts and many hybrid/electric vehicle showcase.

The event is scheduled to happen from 9-14 February 2018 at India Expo Mart in Greater Noida. The Auto Expo 2018 is expected to see a big battle amongst India’s largest 3 car manufacturers – Maruti Suzuki, Hyundai and Tata – all of which are showcasing their premium hatchbacks. Then there are electric cars like Ioniq EQ and Mercedes EQ Concept.

Here are the top cars to look out for at the Auto Expo 2018.

Perhaps 2018 Maruti Suzuki Swift is the biggest launch at the Auto Expo 2018. The all-new car from Maruti Suzuki will now be marketed as a premium hatchback, which will have added features, updated cabin and new body design.

The upcoming 2018 Hyundai Elite i20 premium hatchback, which is competing with Maruti Suzuki Swift, is expected to have a facelifted design, and some added features, along with an automatic gearbox. For a long time, the i20 has served as the segment leader before Maruti launched its Baleno hatchback. Since now Swift is also updated, Hyundai has to up to the game to match the competition. Nevertheless, Hyundai has now decided to renew the Elite i20 and the updated model will be displayed at the Auto Expo 2018.

With the new range of products like Tiago, Hexa and Nexon, Tata Motors has tasted the success finally. The indigenous car manufacturer has now used the new Impact 2.0 design language for its new breed of products. So the Tata X451 (codename) hatchback will contend with the likes of the Maruti Suzuki Baleno, Swift and the Hyundai Elite i20. It is the first product based on Tata’s new Advanced Modular Platform (AMP).

Yet another much- awaited product from the house of Tata will be the new Land Rover Freelander 2 based Q501 SUV (codename). The flagship SUV is the successor of Hexa SUV which will come in both 5 and 7-seat configurations. Just like the premium Land Rover Freelander, the Q501 will also get a 4×4 drivetrain and other shared technology. The Tata Q501 will compete against the Jeep Compass, and Hyundai Tucson.

Mercedes-Benz is coming up with a flashy product at the Auto Expo 2018. Mercedes-Benz EQ Concept is an all-electric concept vehicle which is a crossover straight out of a sci-fi movie. With flashy blue lights, reflective panels and futuristic infotainment systems the car is sure to grab some attention in the event. As per a report, the car is powered by a 70 kWh battery system with electric motors that are capable of delivering over 400 PS of power, 700 Nm of torque and over 600 km of driving range.

Mahindra & Mahindra, the largest utility vehicle manufacturer from India, is expected to play it big at Auto Expo 2018. Since at the previous expo, we got see XUV500 Aero concept with a coupe-like body, this year, they are planning to showcase the Stinger concept.

Though the name doesn’t reveal much, the concept is a convertible XUV500 SUV. For the first time, any Indian manufacturer has touched the convertible car segment, and that too in an SUV.

One of the big-wigs in Auto industry, Toyota Motors, too expected to launch a mid-sized Sedan at the Auto Expo 2018. Though several reports indicated that the Vios will come to India, Toyota has now confirmed the Yaris sedan will be launched and compete against the industry giants like Honda City and Maruti Suzuki Ciaz. The sedan will be powered by a 1.5-litre petrol and a 1.4-litre diesel engine.