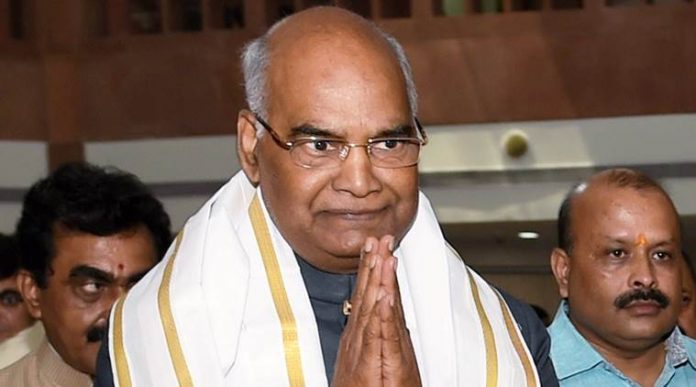 President Ram Nath Kovind will be inaugurating the annual “Udyanotsav” of Rashtrapati Bhavan on Monday.

The Mughal Gardens will be open for the public from February 6, 2018, to March 9, 2018 (except on Mondays which are maintenance days and March 2, 2018, in view of Holi) between 9.30 am to 4 pm. The public will be able to visit the Spiritual Garden, Herbal Garden, Bonsai Garden and Musical Garden during these hours.

It’s worth noting that this year’s special feature of Udyanotsav is bulbs flowering plants. Ranunculus and Tulips that blooms since the first week of January 2018, which have been planted in a phased manner, are now expected to blossom till the final week of February 2018.

Approximately, 10,000 programmed Tulip bulbs in 8 types – red, white, and yellow mixed with red, pink and purple – were shipped from the Netherlands and have been planted in the Mughal Gardens.

Various beds of roses, incorporating both new and heritage varieties, bordered with dwarf trimmed hedge and numerous exotic flowers, such as Tulips and other bulbous flowering plants, are the chief attraction of the Long Garden – the middle terrace of Mughal Gardens.

While in Central Lawn, flower carpets in magnificent designs will be on display which will reveal the skill and craft of the gardeners of Rashtrapati Bhavan. The principal colour scheme of this year’s ornamental flowers is multiple shades of yellow, red, orange and white. In previous years, a small cactus plant was planted in the corner of the Mughal Gardens display. Visitors and plant lovers will also be able to see a Lotus pond – with a cascading waterfall – in the Spiritual Garden. Flowering and other houseplants have been arranged along a vertical wall in the Long Garden thus enough to sustain themselves with limited soil.

Gate No. 35 of the President’s Estate which is close to where North Avenue meets Rashtrapati Bhavan, will serve as entry and exit for the general public.