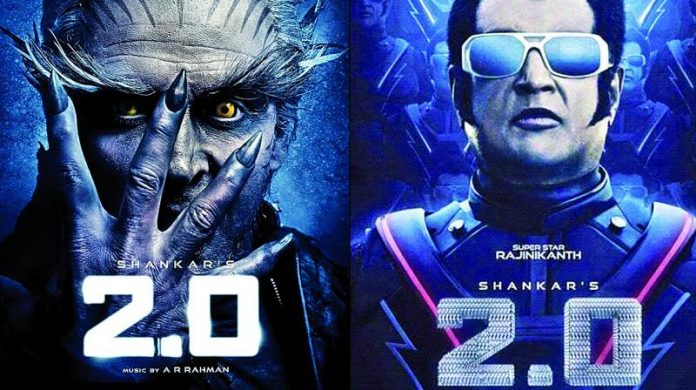 Superstar Rajnikanth starrer Robot 2.0 has been making news for almost two years, and yet there’s no clarity about its release. So far, the film’s release has been postponed twice. Not long ago, the makers of the film announced that it will hit the screens worldwide by April 2018.

Reports indicate that the film Robot 2.0 is most likely to be postponed again and the reason is that the exhaustive visual effects work which is taking longer than expected and the makers are not keen to rush the process.

It is expected that the post-production work will be wrapped up by July and the release is being pushed for August.

“The VFX work is taking longer than expected because it has been distributed to many studios across the globe. The film has around 11000 VFX shots and each shot is being worked upon with lot of care. Shankar sir doesn’t want to compromise on the output, therefore, he doesn’t mind if the film doesn’t get completed on time for April release. The team is eyeing Independence Day weekend release. August 15 falls on a Wednesday, so the team wants to cash in on that weekend. The final date is still being worked out,” an unnamed official from the film’s unit told Firstpost.

Shankar’s directorial Robot 2.0 stars Akshay Kumar as the antagonist, Amy Jackson, Sudhanshu Pandey and Adil Hussain. The makers have so far released a couple of posters and a making video. The film’s teaser is expected to be released next month in a grand launch in Hyderabad.

Though there’s no official word about the film from the maker’s end, director Shankar over the weekend, took to Twitter to reveal that work is currently happening on the teaser. “The teaser work of 2.0 is going on in full swing at Mob scene, Los Angeles. It involves a lot of CG (computer graphics), so once it is done, the teaser will be released.”

According to rumours, Rajinikanth’s Kaala might hit the screens in April if 2.0 gets postponed. Pa. Ranjith directed Kaala, in which Rajinikanth plays a slum lord turned gangster, is almost complete but some patchwork is remaining. The 67-year-old star lately completed dubbing for the film and work has begun to lock the first copy. Kaala marks the second time collaboration of Rajinikanth and Ranjith after Kabali.