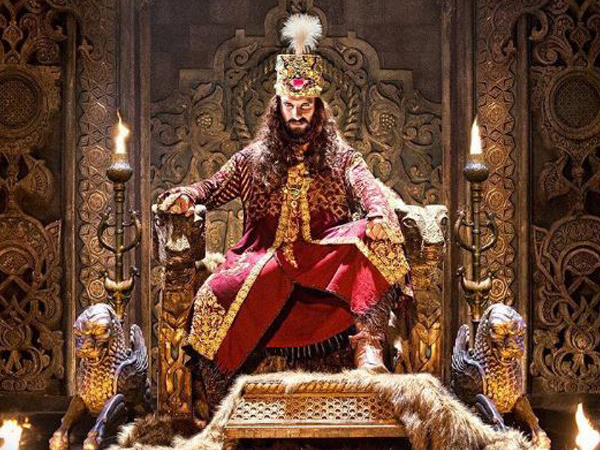 Bollywood actor Ranveer Singh is now basking in the glory at the success of Sanjay Leela Bhansali’s most ambitious film Padmaavat. The actor, who has set new milestones in his career by Padmaavat, said that the film and the public response it has received has left him feeling fulfilled and relieved.

In a statement, Ranveer said, “As an artist, I feel fulfilled. Honestly, it’s a relief to be validated in this way. It’s overwhelming and humbling to witness the kind of reaction that the film and my performance has received.”

Despite all the fury created by Karni Sena and other fringe groups who claimed that the film distorted historical facts. The film Padmaavat was released on January 25 and since then, it had minted Rs. 114 crore till January 28.

Ranveer received widespread acclaim for his portray of Delhi Sultan Alauddin Khili, and the film has spelt success at the Box Office since it delivered his career-best opening on Day 1 — Rs 19 crore.

The actor’s biggest single-day collection of Rs 32 crore was registered on the Republic Day on January 26. Now Padmaavat has also marked his fastest Rs 100-crore mark in four days, read a statement.

In the past, Ranveer’s films had crossed the Rs 100-crore mark were Bajirao Mastani and Goliyon Ki Raasleela- Ram Leela, both were directed by Bhansali.

“I’m delighted about my personal milestones, but more than that I feel extremely happy for Sanjay sir, whose vision is being celebrated not just by the audiences in India but also the world over,” Ranveer added.

He also said that portraying the role of Khilji was an “extremely turbulent emotional experience”.

“It took a lot out of me. So, to witness this kind of audience appreciation makes me feel like it was all worth it.”