The superhero takes his family for a special screening of PadMan | Newsmobile
Sunday, August 14, 2022 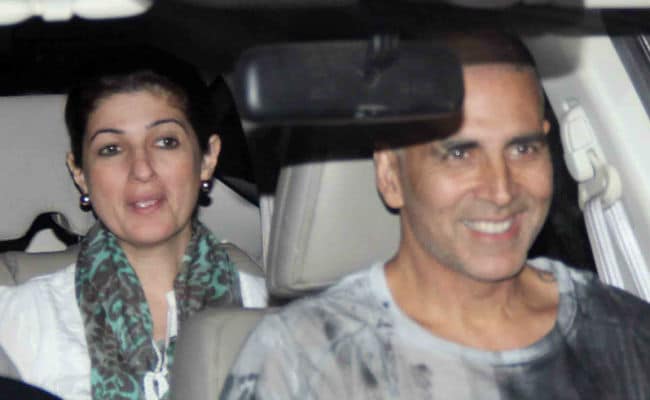 Akshay and Twinkle were all smiles and were photographed arriving at the screening. Aarav accompanied mom Twinkle in the back seat while Dimple Kapadia smiled for the paparazzi in a separate car. Akshay and his family were casually dressed for the screening. Twinkle wore a white kurta with a blue and grey scarf while Akshay preferred a white and black tee.
Directed by R Balki and produced by Twinkle Khanna, PadMan is actually a biopic on Arunachalam Muruganantham (played by Akshay in the film), who became a household name after inventing low-cost sanitary napkin making machines – which also explains the name of the movie.

PadMan producer Twinkle Khanna earlier said that, “I am hopeful that through PadMan something that has been hidden in the darkness… will finally be in the spotlight so that a young girl can go up to her parents and say that she needs sanitary napkins over the ubiquitous fairness creams.”

The much awaited PadMan will now hit the screens on February 9.