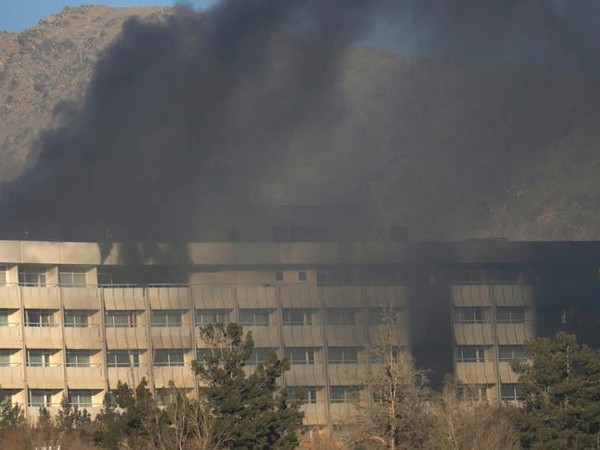 The Afghanistan Ministry of Interior (MoI) has confirmed that all three terrorists, who attacked the Intercontinental Hotel in Kabul, have been eliminated after a 13-hour stand-off.

MoI spokesperson, Najib Danish confirmed that the security forces were finally able to sweep most areas of the hotel in their bid to bring the situation under control.

At least five civilians have died and six wounded – including three security force members – in the attack.

Earlier today, Danish had confirmed that the death toll was five.

He had said that two attackers have been killed and the forces were still looking for at least one more, if not two.

According to him, 100 guests and staffers had been rescued, of which 16 were foreign nationals.

He said all those who had died or were wounded were all Afghan nationals.

They targeted staff and guests before special forces were called in.

The Intercontinental Hotel, located on a hilltop and heavily protected like most public buildings in Kabul, is one of two main luxury hotels in the city and had reportedly been due to host an information technology conference today.

In 2011, a similar attack on the hotel left at least 21 people died including nine attackers. The Taliban had claimed responsibility for that attack.

The attack comes only days after the US embassy in Kabul issued a warning about hotels in the city.