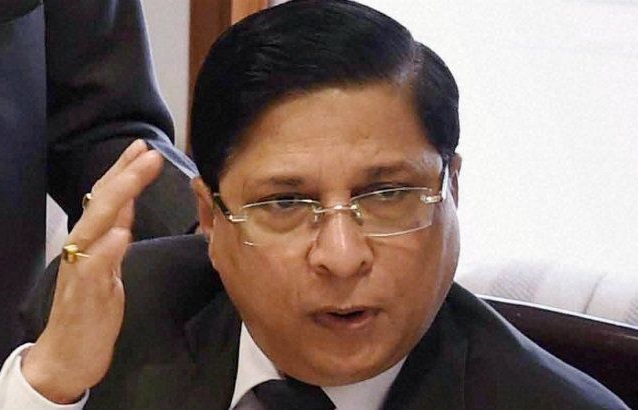 Justice Loya was the judge for the high profile, Sohrabuddin “fake” encounter case in which the Bharatiya Janata Party President, Amit Shah was an accused. The judge died under suspicious circumstances according to some members of his family who spoke to the media sharing their suspicion of a foul play involved in the sudden demise. The family claimed that Judge Loya was offered Rs 100 Cr to give a ‘favorable’ judgement in the case and that he was under tremendous pressure from certain sources.

He died during while attending a wedding reception out of town.

Amit Shah was recently found not guilty and let off by the court in the same case.

The allocation of this case to “amenable” junior judges is also believed to be a trigger for the unprecedented Press Conference held by four senior-most judges of the SC recently.  The senior judges claimed that cases were being “selectively” assigned to certain Benches.

The case was assigned to a Bench led by, Justice Arun Mishra.

As a fallout of the Press Conference by his seniors, Justice Arun Mishra, was allegedly upset about the insinuations made against him and had along with Justice MM Shantanagoudar, refused last week to hear the Loya case.

The stunning Press Conference has however, served as a catalyst for the CJI to fast-track a process of Introduction of Reforms in administration of the apex court, mainly to devise a mechanism for transparent assignment of cases to Benches.

Sources said the CJI, though disappointed and hurt by the accusations, has quietly gone about studying the process of allocation of cases in various High Courts (HC).

According to sources, he has been quietly studying the process of allocation of cases in various high courts, especially the methods successfully working in the Bombay High Court that regularly publishes the roster clearly mentioning categories of cases to be assigned to a particular judge.