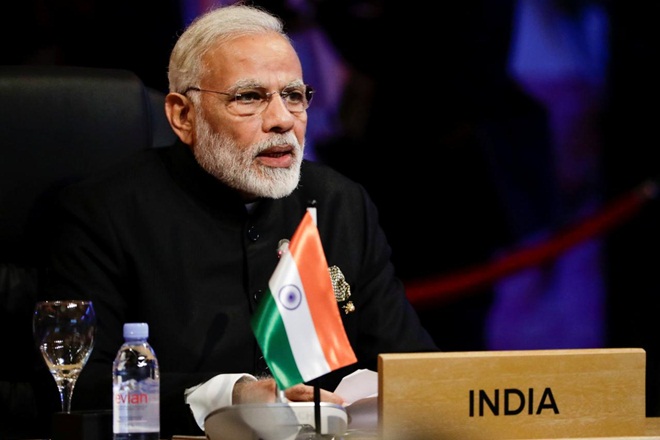 Prime Minister Narendra Modi said in a television interview yesterday that it was not fair to analyse his government’s achievements only on two parameters – demonetization and the Goods and Services Tax (GST).

In an interview given to a private TV channel, he said, “If you measure the work done by our government in these four years by only these two parametres, it is unfair. After nationalization of banks, about 30-40 per cent of population was out of the banking system. We brought them into the system. Is that not an achievement? Thousands of girls skipped schools because there were no toilets. We built those toilets for them. Is that not an achievement?”

He added: “Our government provided electricity in 18,000 villages, installed 28 crore LED bulbs, which saved thousands of megawatts of electricity and saved electricity bill worth Rs 14,000 crore, provided insurance to 18 crore poor people at 90 paisa. Are not these achievements?”

Replying to another question about the quarterly release of the Gross Domestic Product (GDP) data and criticism over it, the Prime Minister welcomed the criticism but alluded that such criticism often was not backed with proper research.

“It is good that the GDP is being discussed in the country. I believe without criticism democracy cannot function. But, what I have observed is that there has been negligible criticism (of GDP) and more allegations. Research is necessary for criticism,” he added.

He also said his government’s only agenda for the Budget was development.

“My government has only one agenda for the Budget – and that is development. And that’s what you will see,” PM Modi said.

The Prime Minister also said his government had generated employment in the country.

“An independent agency has released an Employees Provident Fund (EPF) data and (according to it) in the last one year 70 lakh new EPF accounts have been added. Under Pradhan Mantri Mudra Yojana, 10 crore entrepreneurs were provided loan worth Rs four lakh crore. Out of 10 crore, three crore are entrepreneurs, who will further provide employment to others,” he said.

The Prime Minister also said it was his government’s goal to double the income of the farmers by 2022.

“The Pradhan Mantri Fasal Beema Yojna (Prime Minister Crop Insurance Scheme) is a very useful and beneficial for the farmers. We have set target of doubling the income of the farmers by 2022. For this, we are promoting value addition in the farming. For example, if farmers plant bamboos around their farms then it can save thousands of crores of rupees in the bamboo imports,” the Prime Minister said.

He also refuted the charge that the bureaucracy was creating hurdles in the implementation of government’s schemes.