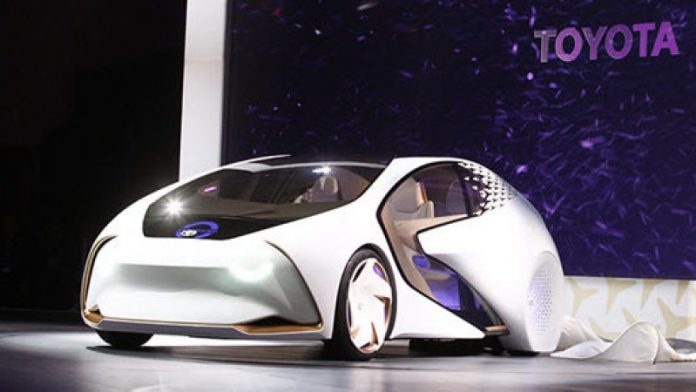 Consumer Electronic Show CES 2018 saw various innovative technologies in the automotive sector, giving us a good window into future auto industry trends. Since it’s hot in CES now, it’s quite possible that those innovative models would be production-ready in four or five years.

The three days of CES has come to an end today and we get to hear some phrases over and over again. We also get to see similar looking products and displays from automotive exhibitors. Since it was quite easy to analyze the market trends at the tech industry’s largest event of the year, we have decided to catalogue the top five.

So here are the top five that made trends this year:

Although big screens are already a trend on current cars, it’s not like at CES 2018. The show flaunted some the impressive displays but the meter-wide display found in Byton’s new SUV was unique. Though Mercedes’ new MBUX in-car entertainment display was similar to the screen found in Byton’s new SUV, the latter has larger appearance than the earlier one. If you thought today’s cars had big screens, you ain’t seen nothin’ yet.

Pod Cars have become a rage right now and it’s not at just CES 2018, but at auto shows too. Automakers like Toyota, Rinspeed, and Smart have brought some autonomous pod-things to CES. Even Navya showcased its pod-like Autonom Cab outside of the Las Vegas Convention Center.

While Bell Helicopter even introduced a pod-like flying taxi concept, however, like the other vehicles listed here, it’s not autonomous. Now it appears that the future of transportation will occupy us being in tightly packed little capsules.

Along with in-car displays and entertainment, Digital cockpits were a huge theme at CES 2018. Several companies, such as Mercedes-Benz and Kia, put on display concepts for future in-car displays and cockpits outside of a demo vehicle, while Harman, installed the cockpit concept into a car – a Maserati GranCabrio in that instance. Though this trend is not a surprise now, digital in-car cockpits are just about everywhere you look at CES.

The true goal of the tech industry’s disruption of the transportation sector is to get people around in safer, faster and more efficient. Volkswagen VW detailed that it’s Moia ride-sharing service, which it says will facilitate the elderly, disadvantaged and disabled to get around easier. We also get to see that Honda and Toyota showed some self-driving scooter-style mobility concepts that are designed to make your life easier.

Artificial Intelligence (AI) has not only ventured in Smartphones but also in cars. Air systems are now found in just about every vehicle presented at CES 2018. For instance, in the Byton SUV, the AI assistant would analyze your calendar, frequently visited locations, hobbies and smartphone application data to deliver a personalized in-car experience on its various screens.

While Harman’s audio system incorporates several digital assistants, like IBM Watson and Amazon Alexa. Mercedes’ MBUX in-car display is powered by a digital assistant that can be prompted by saying ‘Hey Mercedes..’ and runs all your commands.