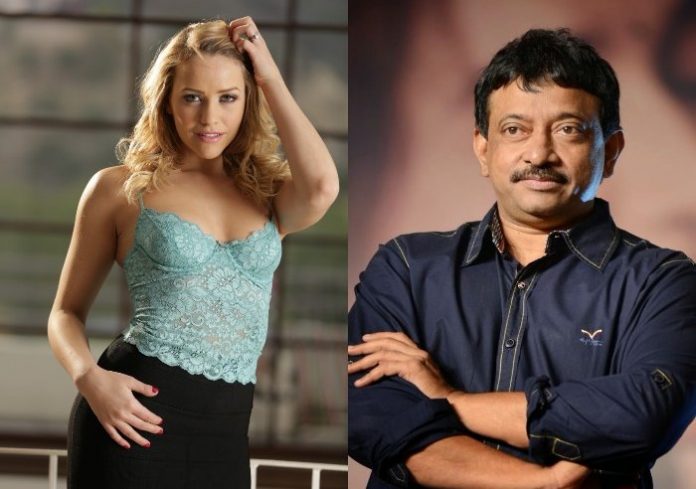 I will be the 2nd adult star after @SunnyLeone to be shot by an Indian feature film maker @Rgvzoomin pic.twitter.com/0lfaipKhAA

Filmmaker Ram Gopal Varma tweeted back, saying that it has been an ‘elevating and thought-provoking experience’ to have made the movie.

Hey Mia it was such an elevating and thought provoking experience to film #GodSexTruth ..I never shot with @SunnyLeone but will never forget the experience of shooting GOD, SEX and Truth https://t.co/rz5iwxHarI

Here’s another poster of the movie, that has Ram Gopal Varma purposefully covering the ‘interesting bits’ with his hands.

Thank you @RGVzoomin for shooting GOD ,SEX and TRUTH with me..it’s been an exhilarating experience to see myself through ur vision #GodSexTruth pic.twitter.com/Vsm153sMFD

The trailer will be released on January 16, and we expect Twitter to be awe with the content for sure. So watch this space for more updates on this.