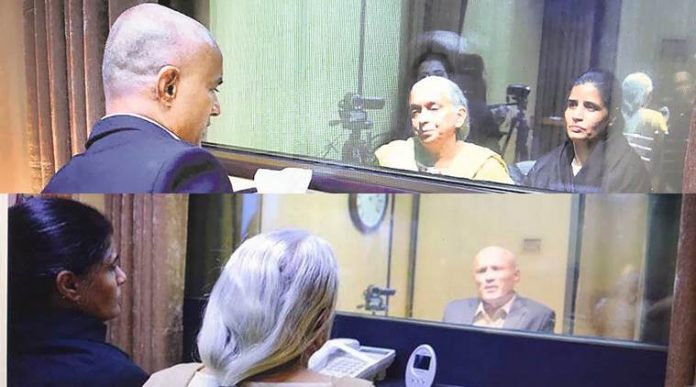 Just days after Pakistani journalist Taha Siddiqui raised his voice against the mistreatment of the family of Khulbhushan Jadhav family by Pakistan, he faced a kidnap bid in Rawalpindi.

Siddiqui, who is a prominent Pakistani journalist and a vocal critic of Pakistan’s military, had to face abduction by nearly a dozen unidentified armed men on Wednesday. He was beaten and threatened with death.

Siddiqui, who is also the Pakistani bureau chief of Indian television channel WION, claimed that he was attacked by 10-12 men while he was going to the airport in Rawalpindi. However, he managed to escape before being kidnapped. In the struggle, he suffered minor injuries, reports Pakistan’s Dawn News.

Recounting detail of the kidnap bid, the journalist implied in a series of tweets, “I was on my way to [the] airport today at 8:20 am when 10-12 armed men stopped my cab [and] forcibly tried to abduct me.”

“Saale ko goli maaro (shoot him),” shouted the men who were armed with Kalashnikovs and pistols, said Siddique. Nevertheless, he somehow escaped from the kidnapping bid and was “safe and with the police now”. “Looking for support in any way possible,” Siddiqui tweeted, ending it with the hashtag #StopEnforcedDisappearances.

Siddiqui is the winner of France’s highest journalism award – The Albert Londres Prize. Last year, in May, Pakistan’s Federal Investigation Agency (FIA) had issued a notice to him for posting comments on social media against the military. He was even asked to appear before its counterterrorism wing, as per PTI.

Siddique’s kidnap occurred just a few days after he had spoken against the humiliation of Kulbhushan Jadhav’s family by Pakistani authorities and journalists.

Pakistan convicted the Indian national Khulbhushan Jadhav on false charges of spying and has put him on death row.

Now India is fighting a case for his release at the International Court of Justice. On December 25, wife of Khulbhushan Jadhav and his mother met him in Pakistan on December 25, and they were badly humiliated by authorities as well as local journalists.

Describing the incident and raising concern, Siddique wrote it in a blog which was later published on zeenews.india.com.

The blog was titled as “Why I am disgusted at the unethical way Pakistan treated Kulbhushan Jadhav’s family”, where Siddique wrote, “But this hope for progress (of relations between India and Pakistan) was short-lived, and if anything, the relations have actually worsened, ever since 25th of December when the wife and mother of Mr Jadhav met him at the Ministry of Foreign Office’s compound in the Pakistani capital.”

Quoting “insiders”, Siddique claimed that the meeting was conducted by the civilian authorities but the military, which was in charge of all affairs and “therefore concerns for security overshadowed considerations for hospitality.”

Siddique felt the “shock” when he witnessed the manners of Pakistani journalists towards Jadhav’s wife and mother. “…the reporters did not ask questions, especially when the family was leaving the venue. They shouted accusations, allegations and slogans at the two women who may have met their loved one for the last time…”, he wrote.