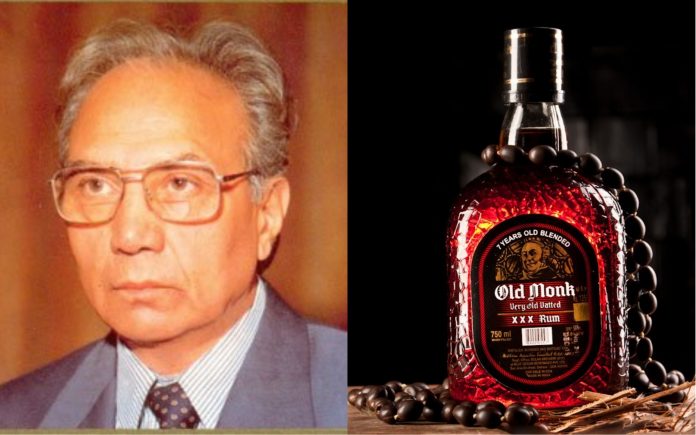 From cheers to sorrows Old Monk had been men’s favourite partner but the man behind the success story of the iconic and most loved alcoholic beverage, Brigadier (retd.) Kapil Mohan who was former Chairman and MD of Mohan Meakin Ltd and the man behind the rum Old Monk passed away on January 6 at the age of 88.

Reports suggest that Mohan, who was keeping unwell in his last years, died of a cardiac arrest in Ghaziabad’s Mohan Nagar area. He is survived by his wife Pushpa Mohan.

Padma Shri Kapil Mohan led the much-needed diversification of the company after he took over the reins of the erstwhile Dyer Meakin Breweries.

ALSO READ: Why I love the social media

December 19, 1954 was the day when the Old Monk was launched and it was under Mohan’s leadership the company developed three distilleries, two breweries and a host of new franchises in India.

Mohan Meakin has since then forayed into various business areas such as malt houses, glass factories, breakfast food, fruit products and juices, malt extract factories, cold storages and engineering works among others.

Sad to hear of the passing of Brig Kapil Mohan — and it does unreported in the news media! He is the man who ran Mohan Meakin and the face beind the Old Monk rum brand that is global. Remember meeting him for a family feud story. This is the stuff of business history.

Kapil Mohan , the Creator of Buddha Sant – the Old Monk will remain alive as long as Coke is there to give company – Rum with Coke- made for each other

He was the man behind the success of famous brands like Old Monk, Solan No. 1, Golden Eagle!

Rest in peace. Deepest condolences to the family! pic.twitter.com/Bzpox1DZzP

The Managing Director of Mohan Meakin Ltd., Solan Brewery.
Very sorry to know about the sad demise of
Brig Kapil Mohan ,he remained President of
Municipal committee Solan.i pray God to
give peace to departed soul and strengthen
Family members and friends to bear this loss. pic.twitter.com/EACGOdY9Qq

Brief History about the company

The company originsfrom a brewery established by Edward Dyer in Kasauli in 1855.

During the same century, another man named HG Meakin, founded Meakin & Co. Ltd. He bought the old Simla and Kasauli Breweries and built others at Dalhousie, Ranikhet, Chakrarta, Darjeeling and Kirkee. The two firms soon joined hands and started a new joint stock venture under the style of Dyer Meakin & Co.Ltd.