Home Home Slider Film ‘Padmavati’ to get a U/A certificate, title may be changed to... 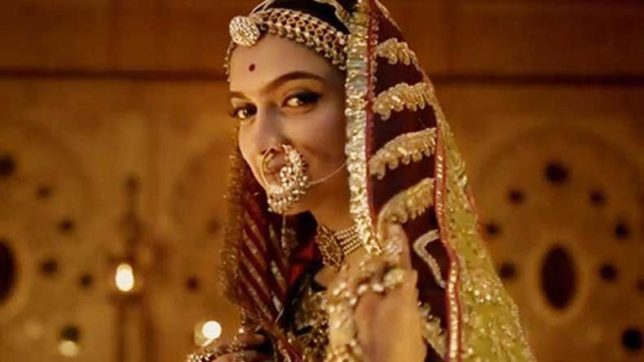 Sanjay Leela Bhansali’s historical drama ‘Padmavati’, which has been at the centre of a huge controversy, will get a U/A certificate from the Central Board of Film Certification. The board has suggested 26 cuts to the film and a change in the title to ‘Padmavat’ – and will issue the certificate once the required and agreed modifications are made,  ANI reported, quoting the board CBFC.

“The film was approached with balanced view keeping in mind both the filmmakers and society. Considering complexities and concerns around the film the requirement for a special panel was felt by CBFC to add perspective to the final decision,” ANI quoted the board as saying.

The film was reviewed by a special panel constituted by the CBFC which included historians after the makers of the film stated that it was partially based on historical facts.
“Special panel consisted of Arvind Singh from Udaipur, Dr Chandramani Singh and Professor KK Singh of Jaipur University. Panel member had insights and also some reservations regarding claimed historical events and socio-cultural aspects which were duly discussed at length,” the CBFC said.

‘Padmavati’, the 190-crore film directed by Sanjay Leela Bhansali, has drawn angry protests in Rajasthan where fringe groups like the Karni Sena says the movie “distorts history”. Though they have not seen the movie, leaders of the Karni Sena and several politicians say the 13th-century queen, Padmini, has been disrespected by Mr Bhansali suggesting in his movie that she was romantically involved with Muslim invader Alauddin Khilji.

Mr Bhansali has denied any allusion to a love story, but several BJP-ruled states including Rajasthan have banned the movie, declaring they will not permit it to screen even if it is cleared by the censor board, which has yet to review the film. ‘Padmavati’ has been produced by Viacom-18; the studio has suggested it will delay the film’s release, originally planned for December 1, to next year.

Padmini, according to legend, was a Rajput warrior queen from Chittor in Rajasthan who set herself on fire to save her honour after Khilji defeated her husband in battle.

The Karni Sena has threatened Mr Bhansali and his lead star, Deepika Padukone, with violence. Both have been given state security. The Supreme Court has so far refused to ban the film. Union ministers like Uma Bharti have said the director should consult with historians and protestors to review objectionable scenes and delete them.

The Karni Sena assaulted Mr Bhansali and vandalized his set while he was shooting “Padmavati” in Jaipur in January; large groups of Rajputs including in Chittor have held demonstrations against the film.