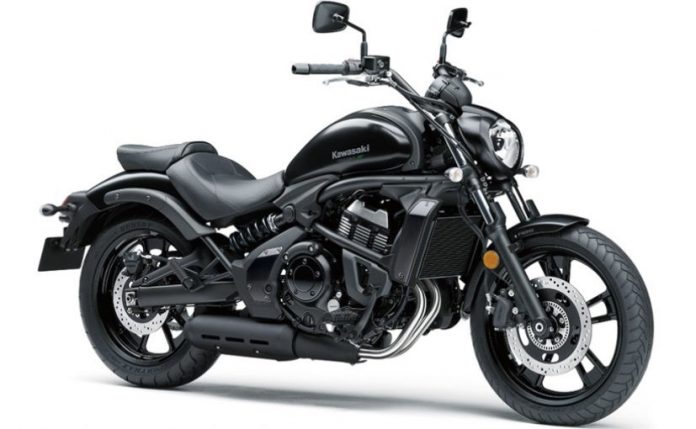 India Kawasaki today announced the launch of the new 2018 Kawasaki Vulcan S cruiser motorcycle, which has been priced at ₹ 5.44 lakh (ex-showroom, Delhi). It was just last week that Kawasaki had officially teased the bike. The Vulcan S is the first ever cruiser motorcycle from Kawasaki in India and the Japanese manufacturer will officially unveil the bike at the upcoming 2018 Auto Expo. As of now, bookings for the new Kawasaki Vulcan S have commenced in India and interested buyers can visit the nearest dealers to book the Vulcan S, which will be available only in flat ebony colour.

Announcing the launch of the bike Yutaka Yamashita, Managing Director of India Kawasaki Motor, said, “After our sports bikes, tourer bikes, naked bikes & off-road bikes settled in India, we felt it was a right time for us to bring this cruiser in the market. There cannot be a better way to start a new year than by introducing our worldwide known Vulcan brand.” The new Kawasaki Vulcan S has arrived in India as a Completely Knocked Down (CKD) unit and will be assembled at the company’s plant in Chakan, Pune.

The new Kawasaki Vulcan S cruiser is the newest addition to the bike maker’s 650 cc range which already has the Ninja 650 sports tourer, Z 650 naked street bike and the Versys 650 adventure tourer. The bike is powered by Kawasaki’s tried and test 649 cc liquid-cooled, DOHC, 8-valve, parallel twin engine, which has proven to deliver smooth and responsive performance, especially in the low and medium rpm ranges. The motor is fuel injected motor churns out a maximum of 60 bhp and develops a peak torque of 63 Nm, while mated to a 6-speed gearbox.

Visually, the Kawasaki Vulcan S comes with all the characteristics of a good-looking middleweight cruiser motorcycle. The bike comes with a curved flowing style coupled with an imposing long-and-low stance. Kawasaki has incorporated a lot of modern elements to create a unique design like Inverted triangle headlamp with position lamp, wide tapered handlebar, forward-set foot pegs. On the equipment front, the bike comes with a short black exhaust pipe and comfortable split seats with a bucket-style seat for the rider.

The Vulcan S comes with an 18-inch wheel up front and 17-inch wheel at the rear. The front wheel is shod in 120/70 rubber and is equipped with a 300 mm single disc brake with dual-piston, while the rear wheel gets 160/60 section tyres with 250 mm disc and a single piston. The suspension setup includes 41 mm telescopic forks up front and an offset laydown single-shock, linkage equipped, with adjustable preload/80 mm at the rear. Dual channel ABS is offered as standard.