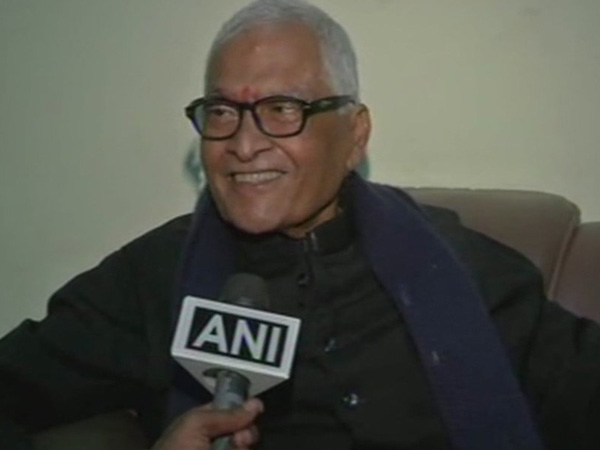 The former Bihar Chief Minister (CM), Jagannath Mishra, who was acquitted by a special CBI court in the two decades-old fodder scam case said that the verdict is a victory of truth and judiciary.

He said, “This is a victory of truth and judiciary. We had to wait, suffer a lot, but justice prevailed in the end. We have lost 20 valuable years of our life.”

The former Bihar CM further claimed that he had never conspired with Lalu Prasad Yadav.

“I have been a political rival of Lalu Yadav. How can I be in conspiracy with a man who mistreated me?”, Mishra asked.

Former Bihar CM and Rashtriya Janata Dal (RJD) supremo, Lalu Prasad, along with 14 others, were pronounced guilty, while seven accused were acquitted, including Mishra in the fodder scam.

The court is scheduled to pronounce the quantum of sentence on January 3, 2018 for the 15 guilty, including Lalu Yadav.

Lalu has been convicted in the case related to embezzling of more than Rs 89 lakh from the Deoghar Treasury between 1991 and 1994.

The fodder scam involved the embezzlement of about Rs 900 crore from the Bihar exchequer.