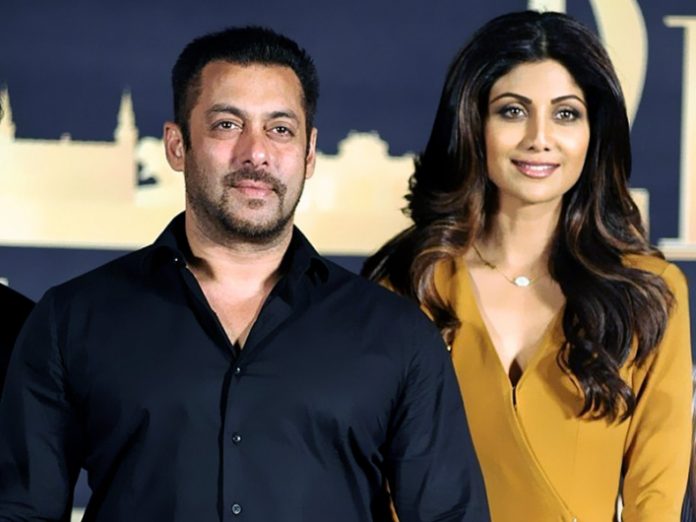 Often our Bollywood stars are booked for saying or doing ‘illegal’ activities and most of us have stopped batting our eyelids to their shenanigans now. Most often such controversies come to light around the opening of a movie and are forgotten as fast as the cinema halls shift to the next. This is right up the publicity ally where, anything that keeps you in the limelight is good.

This time the king of controversies and perhaps Indian judiciary’s ‘most loved’ accused Salman Khan is back with both – a movie, Tiger Zinda Hai and a controversy, using derogatory comments on TV. Remember the “raped woman” comment before the release of Sultan for which he apologized later?

This time giving him company is his Bandra neighbour and fellow actor, Shilpa Shetty who though no longer active in Bollywood runs a digtal content empire for which she is the mascot and face. It helps to keep that face stuck to the headlines and earn recall value. No?

Complaints against both the actors have been recently registered at Mumbai’s Andheri Police station for allegedly using a derogatory word against the Scheduled Castes on different TV shows.

They have been accused of humiliating and insulting the Scheduled Castes by using the word ‘bhangi’ on television.

The National Commission for Scheduled Castes (NCSC) has already sought a reply from the Information and Broadcasting Ministry and the police commissioners of Delhi and Mumbai over complaints lodged against the two.

The NCSC had asked to file a reply on the action taken against the actors as per the Scheduled Castes and Scheduled Tribes Prevention of Atrocities Act, 2015, within a week.

The commission issued the notice after it received a complaint from an ex-chairman of the Delhi Commission for Safai Karamcharis, Harnam Singh.

Singh, in his complaint, said that the actors used the word ‘bhangi’ on TV which clearly insults the entire Valmiki community across the world.

Salman had used the word during the promotion of his film ‘Tiger Zinda Hai’, referring to his dancing skills.

While Shilpa had reportedly used the word to describe how she looks at home witout makeup.