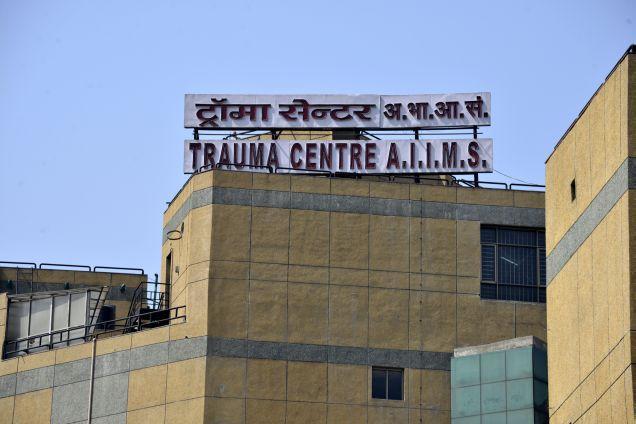 A class seventh student of a Public School in Sangam Vihar was rushed to hospital and had to be admitted in the Trauma Centre of AIIMS due to a negligence.

Students from the school had gone to Thyagraj Stadium to create awareness about the for lung cancer and formed human chain but the stage broke, No other was harmed. Students had gone to the stadium even on Friday.

Over 5,300 school children set a world record by forming the largest shape of human lung at Thyagraj stadium here and entered the Guinness Book of World Records. “Lung care Foundation and Petronet LNG have been awarded with Guinness World Record of creating the largest image of an organ(lung),” said a statement from the organisers. Children from over 35 schools in Delhi-NCR got together to set the record.