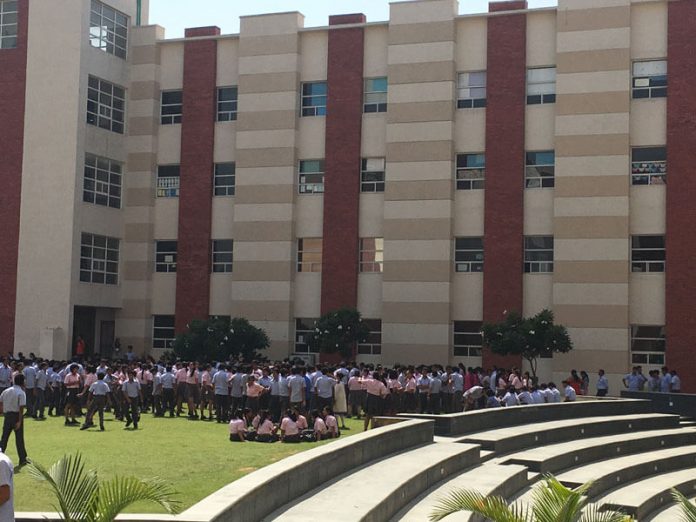 Gurugram’s seven locations were shortlisted for the mega mock drills, this was conducted on Thursday across Haryana. The aim was to see that how prepared was each district in disaster management.

ALSO READ: Some of the best Christmas Carnivals happening in DELHI NCR for kids!

Today a state-wide siren rang at 10 AM across Haryana, the places include These include MGF mall on MG Road, Rail Vihar near Subhash Chowk, MDI Institute in sector 17, Udyog Vihar, HUDA City Centre, Honda Motorcycle and Scooter India in Manesar and Mini Secretariat.

Besides this, four staging areas were also set up in the city including Leisure Valley ground, Udyog Vihar, Tau Devi Lal stadium and HSIIDC plot in Manesar. As per the plan, senior administrative and police officials were stationed at the four staging sites and conducted the preventive and rescue operations.

ALSO READ: Inside the ‘seven heavens’ on the wheels

The people inside the buildings are expected to use “Duck, Cover and Hold” formula. “The purpose of this exercise is to analyse how prepared the district is to deal with any calamity and whether we have enough resources for during disaster management. We need to identify where we need to strengthen the resources so we are prepared for an actual situation,” said deputy commissioner Vinay Pratap Singh.