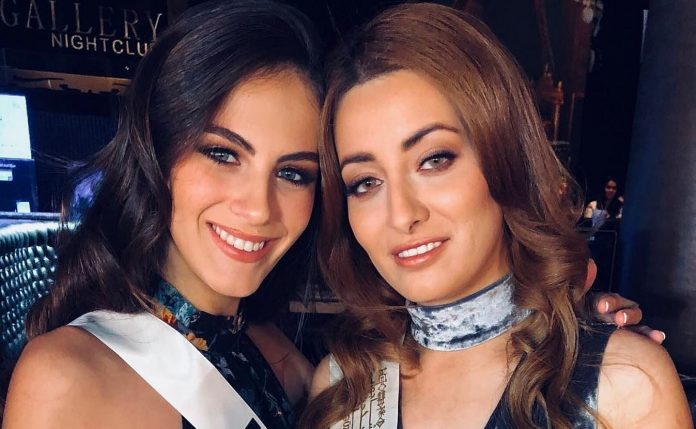 It true that the social media has brought out intolerance in the world like nothing else before. Hate is just a click away when you are an active social media user and no one is spared in these times of uber-nationalism.

Miss Universe contestant Miss Iraq was perhaps too drunk on the high ideals that are mouthed in the question answer rounds at the grand finale of each beauty pageant across the world. Therefore, she saw nothing but, a token of peace and tolerance when she posed with Miss Israel and posted it on her Twitter handle with a cute message of, “peace and love.” 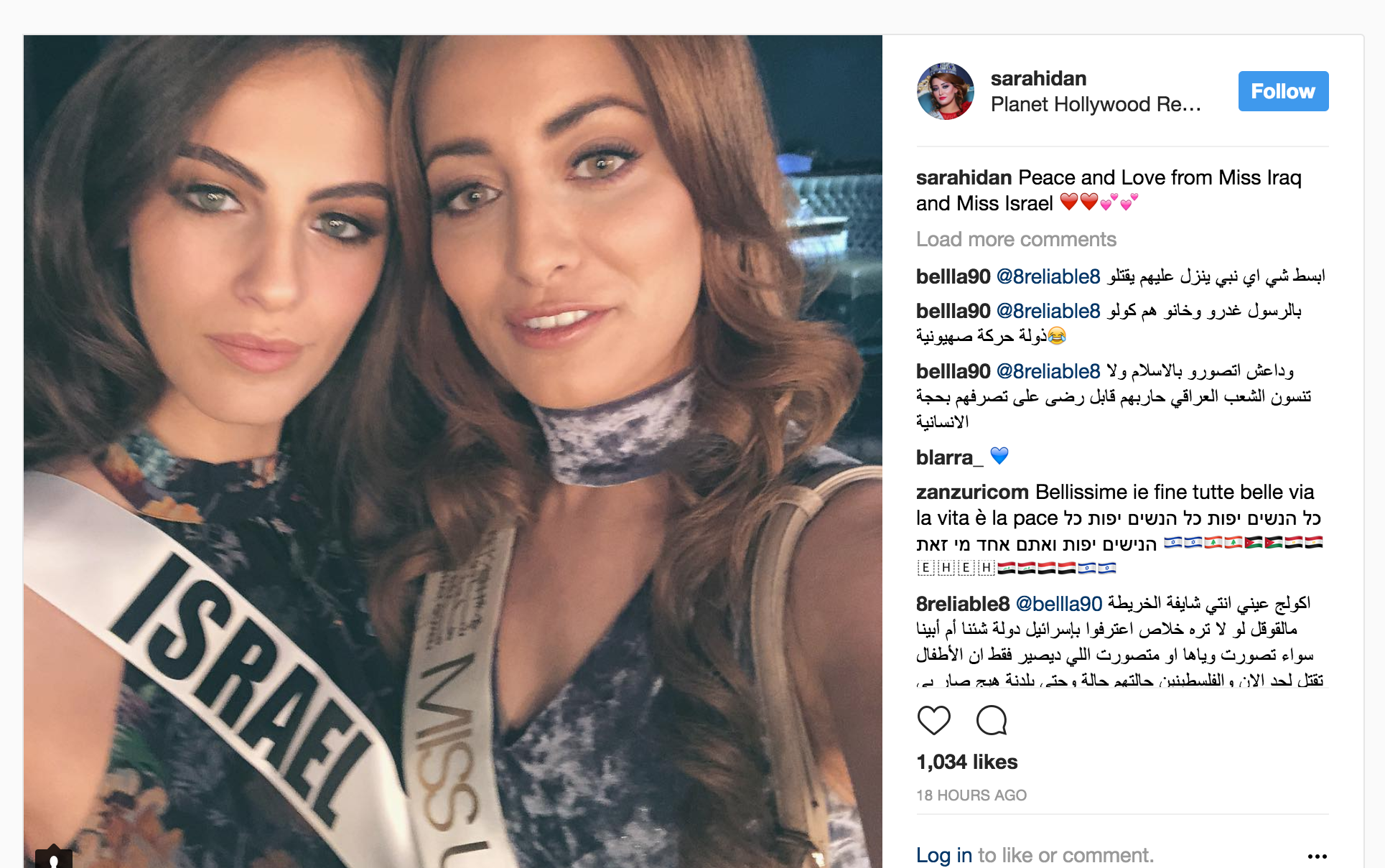 If you thought that two exceptionally beautiful girls sharing a little love and camaraderie was cute, then take a deep breath because, you were totally mistaken.

As a result of this cutesy picture, the entire family of Miss Iraq has been forced to flee their country because of imminent death threats. All because, Iraq does not recognize Israel and the two countries have no formal diplomatic relations.

That’s not all though, Miss Israel Adar Gandelsman, 20, revealed that Miss Iraq, Sarah Idan’s family was being harassed over the photo as well as the fact that she had posed in a bikini during the Miss Universe pageant.

“The two of those things together caused a mess for her back home where people made threats against her and her family that if she didn’t return home and take down the photos, they would remove her [Miss Iraq] title, that they would kill her,” Ms Gandelsman told Israel’s Hadashot News.

She added, “I apologize to anyone who saw it as harming the Palestinian cause, this was not the purpose of the post. It’s… a call for peace and hope for an end to the crisis.”

Peace it seems is not something the Arabs want to buy with regards to Israel at present and hence, the family has fled their home country till things blow over.

As for history, Iraq has never recognized Israel. Around 120,000 Iraqi Jews were forced out of the country after 1948 when Iraq began to pass harsh anti-Jewish legislation in response to the creation of Israel.

Iraqi and Israeli forces fought against each other in 1948, 1967 and 1973. In 1981, Israel bombed and Iraqi nuclear reactor near Baghdad while Saddam Hussein fired missiles into Israel in 1991 and later made payments to the families of Palestinian suicide bombers.

I’m not the first nor the last person to face prosecution over a matter of personal freedom. Millions of Iraqi women live in fear. #freeiraqiwomen https://t.co/Vt0YjFbyf4

Sarah Idan was born and raised in Baghdad, Iraq. Following the US-led invasion in 2003, she worked with the American military from 2008. She later moved to the US.