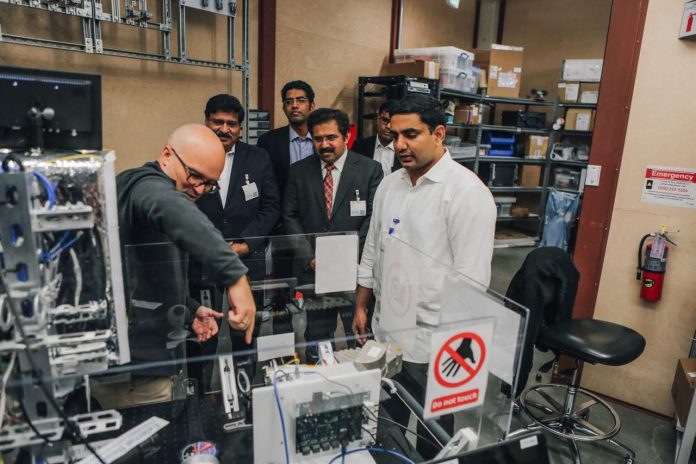 Visakhapatnam: Google X is ready to set up its Development Centre in Visakhapatnam, Andhra Pradesh, which will be its first development centre outside the United State of America.

A Memorandum of Understanding (MoU) was signed between Government of Andhra Pradesh and Google X in San Francisco, USA in this regard.

The MoU was signed in the presence of Minister of IT, Government of Andhra Pradesh Nara Lokesh and CEO of Google X Astro Teller.

He added that the AP Government is committed to bring high speed internet and broadband connections to about 12 million households and 1,30,000 enterprises (government and private) by March 2019.