A clash broke out between Congress and Bharatiya Janata Party (BJP) workers in the Tower Bazar area of Gujarat’s Anand area on Thursday. Vehicles were vandalised in the area. Police reached the spot and took cogniganse of the matter. The situation is under control now. 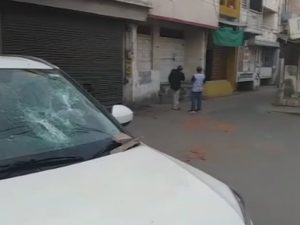 Meanwhile, another clash broke out between Congress and BJP workers at booth no.171 of Sector 22 Gandhinagar. A moderate voter turnout of 62.24 percent has been recorded in the second phase of Gujarat assembly elections. The voting process concluded at 5 p.m. at more than 25,000 polling stations.

The second phase of elections was conducted in 93 constituencies spread across 14 districts in north and central Gujarat. The Bharatiya Janata Party (BJP) fielded 93 candidates for this phase, while Congress fielded 91 of them.

The voter turnout in the first phase of the polls was 68 percent on December 9. Counting of votes and the results would be declared on December 18.